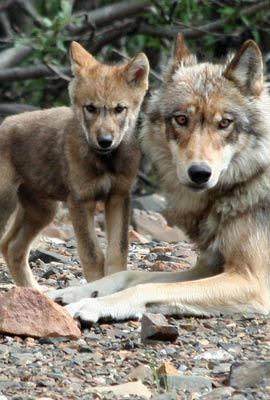 A new poll conducted by Mason Dixon Polling and Research finds that the vast majority of Oregon voters — from both rural and urban areas — oppose using hunting as a management tool for wolves in the state and believe wildlife officials wrongly removed state protections from wolves. The poll also revealed that most Oregonians believe nonlethal methods should be the primary focus in reducing conflicts between wolves and livestock.
END_OF_DOCUMENT_TOKEN_TO_BE_REPLACED
October 7, 2016 6 Comments
Menu