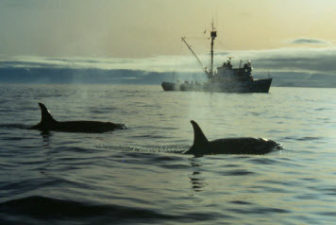 The Pacific Northwest includes the states of Washington and Oregon. The region has incredibly diverse ecosystems, including several mountain ranges such as the Cascades and Olympic ranges, as well as dense forests, numerous islands in the west, and desert plateaus in the east. There are 59 threatened or endangered species of plants and animals in the Pacific Northwest.

Gray wolves, orca, and multiple species of salmon are among the threatened and endangered species in the Pacific Northwest. Because of the protections of the Endangered Species Act, gray wolf populations in eastern parts of Oregon and Washington have been rebounded to the point of delisting. Gray wolves are still protected in western portions of those states as they continue to face threats.

Steller Sea Lions have been hunted for centuries due to their fur, oil, and competition for fish with commercial fisheries. The western population was listed as threatened in 1990 and endangered in 1997 as their population rapidly declined. While their numbers have increased across the West Coast in recent years, they still face threats from habitat destruction, boating and fishing, pollutants, and illegal hunting.

The Endangered Species Coalition is working to prevent the extinction of the iconic Southern Resident Orcas. These orcas need more salmon, their main food source, if they are to survive. Salmon habitat needs to be restored by removing dams that block their migration upstream. The Endangered Species Coalition is working with constituents to demonstrate support for dam removal to politicians in Oregon, Washington, and Idaho.