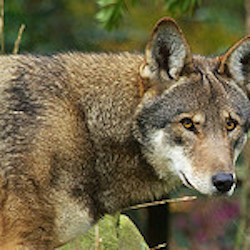 The Mid-Atlantic region encompasses the states of Pennsylvania, New Jersey, Delaware, Eastern Maryland and southern New York.  This region is defined by important landscape features such as the Appalachian Mountains in the west which stretch all the way from Pennsylvania to Alabama, and fertile farming land in those mountain valleys.  About 70% of terrestrial land in this region is forested, with the highest proportions occurring in western Pennsylvania, southeastern Virginia, and portions of West Virginia.  The second most common land use in the region is agricultural.

The Mid-Atlantic watershed encompasses the Susquehanna and Delaware River Basins.  These river basins are key habitat for important regional species such as the American shad, American eel, alewife, blueback herring, Atlantic and Shortnose sturgeon and horseshoe crab. These key watersheds drain into the Chesapeake Bay, the region’s coastal plain rich with important natural resources, including estuary and wetland habitats that drain soils and support a rich array of species.  The Chesapeake bay feeds an important stretch of ocean which supports endangered species such as Blue, Humpback, Fin and North Atlantic right whales  Oceans in this region also host endangered sea turtles such as the Hawksbill turtle, and seabird species such as the piping plover.

Red Knot
The Mid-Atlantic region proudly serves as an important stopover for the endangered Red Knot, a coastal bird with one of the longest migrations in the animal kingdom, traveling more than 19,000 each year from Argentina to the Canadian Arctic.  This endangered species relies on their spring feeding grounds in the Delaware bay to fuel their way along this extraordinary migration.  Declines in red knot populations in the 2000s have been linked to reduced food availability in these breeding grounds caused by the overharvesting of horseshoe crabs, whose eggs the red knots feast upon during mass spawning events in the spring.  Climate change impacts, such as the increased frequency of storms, which drain precious energy from the species during their migration, and ocean acidification, which limit the food resources available to the Red Knot on their long journey, is a major threat to the species’ survival.

Red Wolves
Red wolves are the most endangered species in the country, and the most endangered wolf species in the world with only 9 individuals left in the wild.  Standing at about 26 inches high, Red wolves are brown and buff colored, with some black along their backs, and a reddish color on their ears, head and legs.  The historical range of the red wolf once extended from the Southernmost tip of Texas, and it’s northern most range ends squarely in the Mid-Atlantic region.   Although only 9 individuals are left in the wild, hope exists for the continuation of the species through a captive population of red wolves who can be reintroduced in appropriate habitat.  Recent studies have indicated that Virginia and West Virginia are prime potential habitat for red wolf reintroduction.   ESC has been working to urge the Fish and Wildlife Service to resume the proper management of the remaining red wolf population in North Carolina, and to reintroduce the captive red wolf population in suitable habitat for continuation of this species.

Our Work in the Region

A common root cause of species decline in the Mid-Atlantic is fragmentation, also known as lack of habitat connectivity.  Habitat connectivity is needed by all species in order to support migration, a diverse genetic breeding pool, and resilience to climate change impacts.  Connectivity is needed by both terrestrial and aquatic environments.  These systems in the mid-atlantic host important species such as migratory fish, birds and mammals whose populations are under pressure due to habitats fragmented by dams, roads, pipelines, cities and other human made structures. The Endangered Species coalition is working to combat fragmentation in the Mid-Atlantic and across the country by supporting states in developing policies and plans that support wildlife corridors.  ESC is supporting current legislation in the Pennsylvania assembly which would conduct a study to identify where and how corridors can most benefit people and wildlife in the state.  Learn more about how you can support the grassroots effort for HR 670.