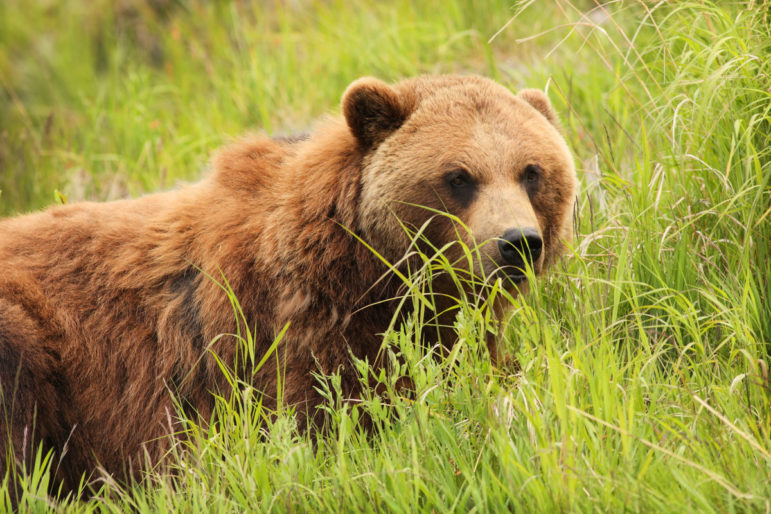 Grizzly Bear (Ursus arctos horribilis) The grizzly bear is an American wildlife icon and a symbol and key component of our unique wildlife heritage in the Western U.S. Thanks to the Endangered Species Act protections, the grizzly bear has been saved from extinction in the lower forty-eight states. The species is making a remarkable comeback in some “recovery areas,” yet still struggling to rebound in others. Despite its rugged image and fearsome reputation, the grizzly bear is more vulnerable to industrial development (mining and logging activities) and other human activity than most other wildlife species in the Northern Rockies. While these bears generally avoid people, sows (female grizzlies) can be fiercely protective of their cubs. Crops, livestock and garbage continue to drive human-bear conflict in some rural areas, especially where bears are expanding their range to re-occupy historical habitat. Over the past decade, the U.S. Fish and Wildlife Service and several states have sought to decrease legal protections for grizzly bears in several areas where bear populations are rebounding. In the Northern Rockies, the Endangered Species Coalition works to improve state-level and federal grizzly bear conservation though grassroots organizing and outspoken advocacy.