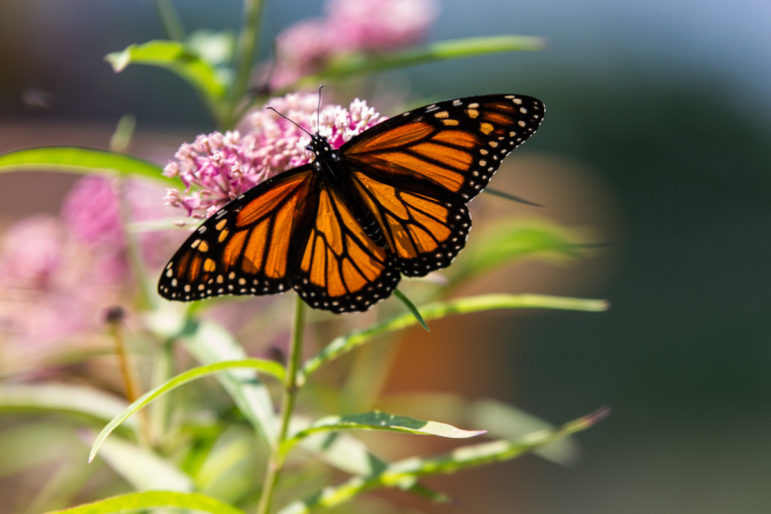 The monarch butterfly is North America’s sweetheart. They are admired from Canada to Mexico; from the Atlantic to the Pacific. Their wide range of admirers is due to the astounding migrations they make every year. Monarchs in the eastern US tend to migrate all the way south to Mexico, some traveling as many as 3,000 miles. And western monarchs typically migrate west to overwinter in California.

They’re orange wings and black stripes are a beautiful sight for humans and a warning sign for their predators. Milkweed, the monarch’s main food source, is toxic. Monarchs are able to safely eat the milkweed, but it makes them poisonous to their predators. When a hungry bird sees their bright-colored wings, it’s a warning sign to find another meal, or else!

Monarch butterflies are vitally important as pollinators and to the biodiversity of ecosystems. In addition to their ecological value, their cultural importance is equally as significant. Historical records show that the monarch butterfly played a huge role in the cultures of ancient civilizations, such as the Toltec, Mayan, Teotihuacan, and Aztec. And to this day, indigenous cultures, like the Mazahua in Mexico, revere the butterfly.

Monarchs are in Danger

Monarchs face numerous threats, from extreme weather due to climate change to the liberal use of pesticides, like Monsanto’s RoundUp, to habitat loss and fragmentation. And without intervention, they are at risk of going extinct. Monarchs in the West have declined by 99% since the 1980s. Eastern monarchs have declined by over 80% in the same time period.