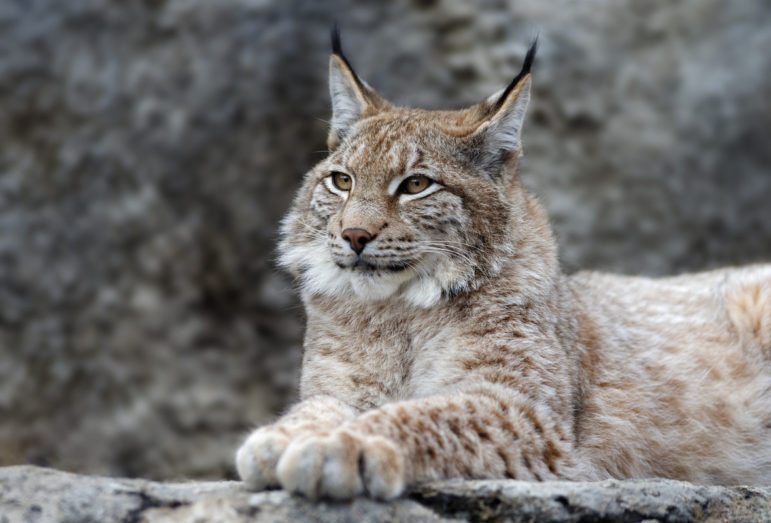 The Canadian lynx is an elusive big cat that lives in North American boreal forests. Their thick fur and large paws help them hunt snowshoe hares in the far northern wilderness. Because they are so secretive, scientists have a hard time figuring out exactly how many lynx there are in the wild, but they do know we must protect the habitat of this beautiful and rare animal.

The lynx occupies much of Canada, but they only live in a handful of states in the lower-48, such as Washington, Montana, Colorado, Minnesota, and Maine. Their numbers have declined throughout most of their range in the lower-48 states due to extensive trapping, as well as habitat loss and fragmentation from logging, fire suppression, road construction, recreational developments, and urbanization. Other factors that have negatively affected lynx in the contiguous United States include vehicle collisions, snow compaction from recreation, and genetic isolation from populations in Canada.

Due to the loss of the United State’s great forests, the lynx has been pushed into the last remaining wild places. Today, lynx are listed as Threatened in all of the lower 48 states where they are known to occur.

The Canada lynx is especially vulnerable to climate change. In order to maintain a competitive advantage over other predators, this species depends on high elevation habitat with cold, snowy winters that last at least four months.

As temperatures rise due to climate change, the snowpack and forests that lynx rely on are predicted to move upward in altitude and northward in latitude. As their habitat shifts upward in elevation, current lynx populations will likely become more isolated. Thus, protecting habitat at higher elevations, as well as important corridors linking those areas, is critical to protecting current Canada lynx habitat and ensure the long-term survival of the species. The Endangered Species Coalition and its member groups are working hard to do just that.