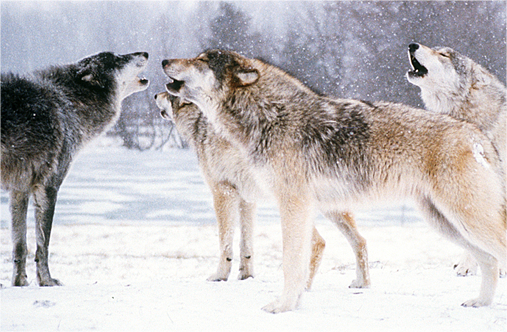 While gray wolves have rebounded from near-total extinction in parts of the Northern Rockies and Western Great Lakes regions, much of the country’s suitable habitat remains unoccupied by wolves. The recovery in areas where they do currently exist was only possible because of the protections provided by the Endangered Species Act.

In spite of this current, unfinished state of gray wolf recovery, the administration is pushing ahead with a plan to strip gray wolves from coast-to-coast of Endangered Species Act protections. Taking away those safeguards will hinder future progress by allowing states to set hunting and trapping seasons or even treat wolves as nuisance animals to be shot on sight.

We know that wolves rely on dispersing members of packs in neighboring areas to expand. It’s what has allowed the wolves initially reintroduced into Yellowstone to grow to become a stable population in neighboring states.

The wolf known to researchers as OR-7, or to most everyone else as Journey, is perhaps the most famous example of a wolf that explored new and far-away lands.

He was born in Northeast Oregon in 2011 and journeyed all the way into California. This epic exploration made him the first wolf to cross into California in nearly 90 years.

We need to lay the groundwork for other wolves like Journey to be able to freely and safely expand into new habitats.