Save the Salmon, Take Down the Dams, River Rally

Portland’s, first hot day of summer, this past Saturday found over 100 kayaks and rafts led by the 7 Waters Canoe Family on the Willamette River kicking off the Rally for Salmon. 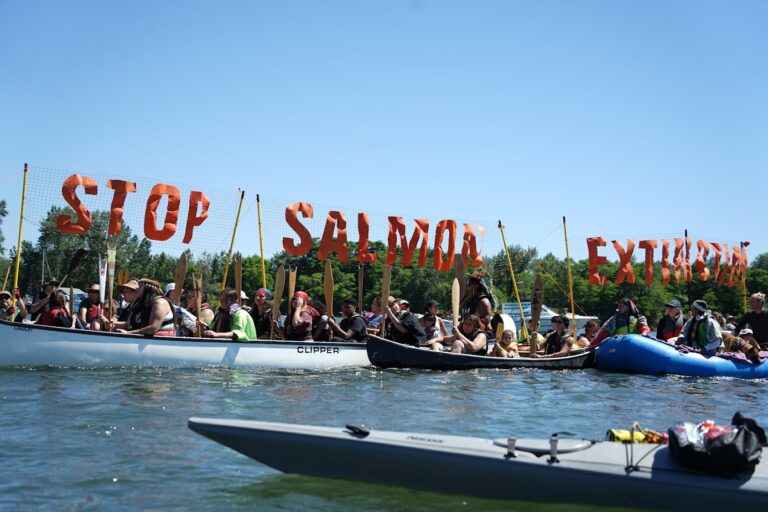 Paddlers met up with fifteen recreational fishing boats to raise banners that called on our public officials to “Stop Salmon Extinction”, “Stand with Tribes”, and “Free the Snake River!”

Then over 300 people gathered and listened to impassioned speeches that demanded the removal of Idaho’s four lower Snake River dams in order to respect Tribal rights, recover endangered salmon and orca that feed on them in the Pacific Ocean.

After a break to eat pizza and ice cream, people wrote comments in support of Washington Senator Murray and Governor Inslee’s recently released report that states that breaching the lower four Snake River dams is the only way to recover Snake River salmon populations.

The critically endangered Southern Resident Orcas rely on the salmon of the Columbia and Snake Rivers for over half their diet.

Speakers included Tribal officials   of the Confederated Tribes of the Umatilla Indian Reservation and the Yakima Nation, and the Natural Resource Advisor, from the Office of Oregon Governor Kate Brown.

0 comments on “Save the Salmon, Take Down the Dams, River Rally”