The annual Fremont Solstice parade and fair is a must see for Seattlies with its colorful floats and unique imagery. 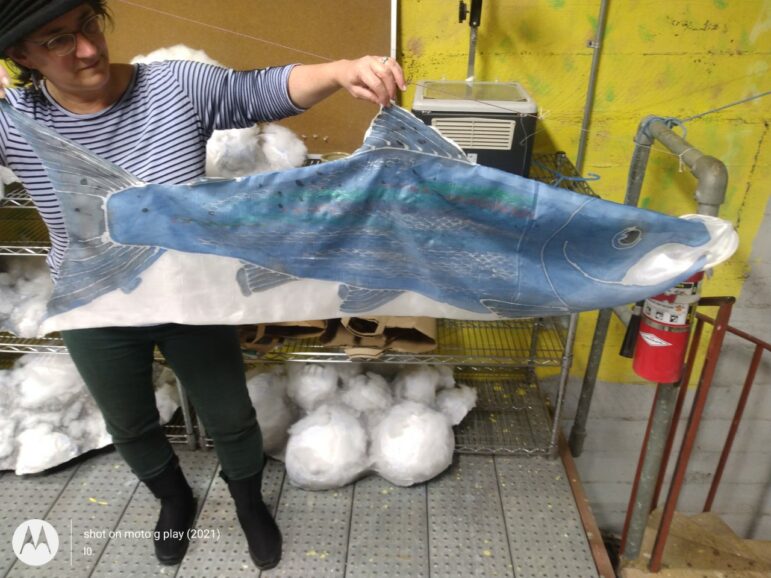 The Endangered Species Coalition cosponsored workshops this spring with Seattle artist Denise in the making of the new blue/silver chinook windsocks. This was in conjunction with our campaign to remove the lower Snake River dams and restore spring/summer chinook and the Southern Reident orca pod which is dependent upon them.

The process of making the windsock includes laying silk over a salmon stencil and tracing it with soy w. The painting of the fish, steaming the wax out, sewing the windsocks together, ironing them , sewing round tubes at its mouth to keep the windsock open , and adding a thin strip of plastic across the mouth to attach led lights too.

Then three windsocks are then attached to a eight foot pole.

And vola with 30 people you have a hundred salmon undulating their way upstream at a parade, rally or protest. 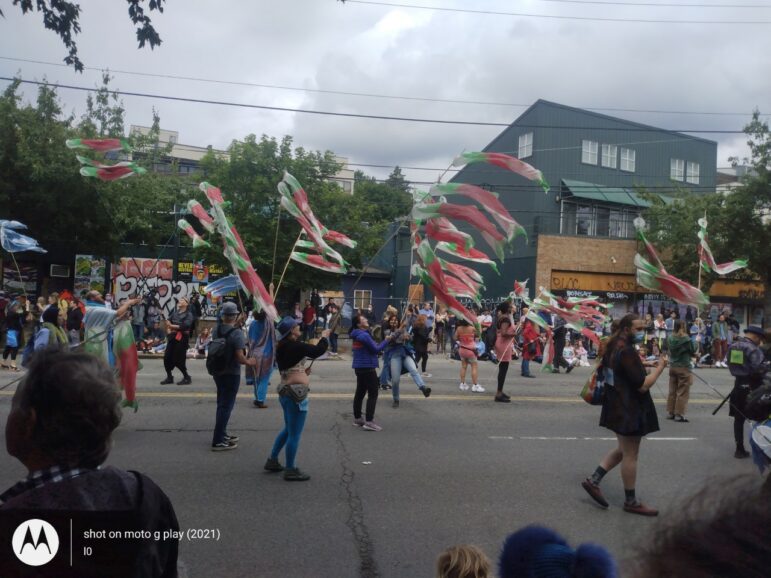 We also had a booth at the fair with our coalition partners Save Our Wild Salmon and Idaho Conservation League. 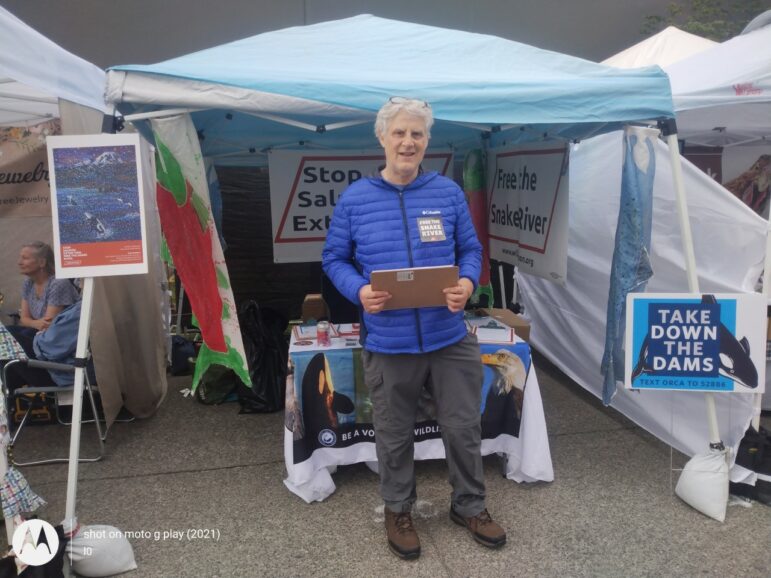 The report commissioned by Washington Governor Inslee and Senator Murray shows that it is possible implement a comprehensive regional solution that includes lower Snake River dam removal, restore salmon and orca and the replacement of their services in a manner that moves everyone forward together.

You can support the removal of the dams and the recovery of salmon by clicking on this link and sending in a comment.