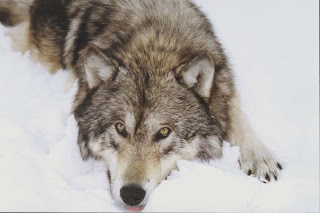 A US District Court federal judge in Montana issued a ruling last week directing that the Rocky Mountain gray wolf be returned to the endangered species list.

Judge Donald Molloy wrote in his decision that the Endangered Species Act requires that species such as the Northern Rockies gray wolf be treated as a whole population and not managed individually by states. In other words, if the species is considered endangered in Wyoming, it must be listed as such in Montana and Idaho. The wolves, he said, “must be listed or delisted as a distinct population and treated accordingly”.

The Fish and Wildlife Service argued that wolf populations in Montana and Idaho had made significant progress since the wolf was listed in 1974 after nearly being eradicated from the West. Wyoming, it said, had not yet successfully restored the species to a stable level. In addressing the differentiation, Judge Molloy wrote, “The listing depends on when a species is endangered in all or in a significant portion of its range. Defendants’ reasoning is like saying an orange is an orange only when it is hanging on a tree”.

The immediate effect of the ruling is the cessation of hunting seasons on Rocky Mountain gray wolves in Montana and Idaho. Hunting in Idaho was to begin as early as August 30th with a planned quota of 220 wolves. Idaho had intended to allow the use of “trapping and electronic calls” in it’s hunt. Montana had planned to kill up to 185 wolves, twice as many as the previous year, starting September 4th.

The Endangered Species Coalition has long argued that the political, piece-meal removal of protections for wolves and other species is illegal and undermines the intent of the Endangered Species Act—to conserve and restore our disappearing wildlife and ecosystems. We hope the U.S. Fish and Wildlife Service goes back to the drawing board and writes a rule that complies with the intent of the law, so that Americans can truly celebrate this remarkable achievement in wildlife restoration.
Those who wanted to hunt wolves in Idaho and Montana this year have every right to be angry at Wyoming. Wyoming has made no attempt whatsoever to seriously engage in wolf management, and as the ruling makes clear, the USFWS cannot remove protections for only part of a wildlife population.