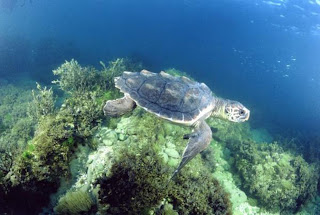 The BP Gulf spill further compounded the plight of the loggerheads, putting them at even greater risk. The National Oceanic and Atmospheric Administration (NOAA) foreshadowed the crisis, writing in a book published four years prior to the spill that “one spill—if it occurred at just the wrong time and place—could be catastrophic to one of these endangered species. Sea turtles are likely to be at greatest risk from oil spills, for example, when they are gathering in a particular area to nest, right after hatching, and when foraging in ocean convergence zones.”

The still ongoing effects of the BP spill are taking place in that “wrong time and place”, leading to catastrophic impacts on loggerhead sea turtles and their hatchlings. As of August 23rd, 1055 sea turtles have been collected oiled or dead as a result of the spill. The total number of impacted turtles in unquestionably much higher.

The National Marine Fisheries Service (NMFS) is considering whether to up-list the loggerhead from threatened to endangered, thus granting enhanced conservation protections and resources. Reclassification would allow officials to better craft policies to ensure the ongoing presence of loggerheads on our coasts. This urgently needed help is contingent in part on public support.

NMFS is taking public comments on the proposal now. Please take action in support of reclassifying the status of loggerhead turtles today.