US to Study Ways to Save Species in a Warming World

The U.S. Geological Service (USGS) announced this week that they would undertake a series of studies to examine the effects climate change is having and will continue to have on wildlife and their habitats. The research is to include projects in the Great Lakes, San Francisco, Alaska and Florida. This news comes roughly 6 months after USFWS announced their proposed Climate Change Strategy, focused on adaptation, threat mitigation and engagement with private and public agencies.

The research projects are to be carried out through the National Climate Change and Wildlife Science Center with funding provided by Congress through the Energy Independence and Security Act of 2007. 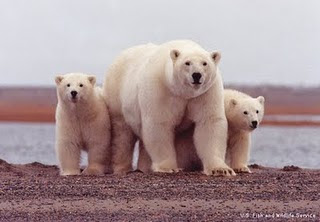 The 17 projects include a wide variety of subjects. Region and state specific computer modeling will be used to predict habitat and species population changes based on rainfall, land cover change and Great Lakes water and temperature level. USGS scientists are tracking snowshoe hares and will use that data to determine what evolutionary changes they may incur to adapt to decreasing amounts of snow. Scientists will also study the impacts of melting Alaska glaciers on coastal ecosystems and the effects dryer conditions will have on plants and the species they support in the Southwest. They’ve selected five priority studies:

These studies represent a big step, if not a giant leap, in dealing with the impacts of a warming world on species, endangered and otherwise. The information gathered, forecasts made and computer models created will be important tools to help to avoid the worst wildlife scenarios from occurring.

ESC has recently published a report titled America’s Hottest Species outlining the threats faced by ten species in a warming world. Additionally, we covered the effects of climate change on several species in a recent blog series. Climate change has already led to local population loss in pika, disastrously mistimed migrations by migratory birds, and a particularly dire Presidential prognosis for the polar bear. 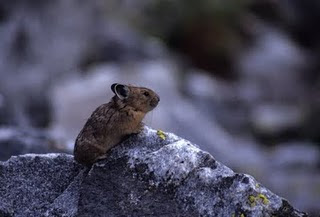 With depressingly little action agreed to by the world’s leaders in Copenhagen last December, there needs to be a renewed focus on helping species adapt to the changes in their habitats. This illustrates the need for the US Senate to pass a strong climate bill that includes provisions for wildlife adaptation as well as a carbon cap as a means to fund them.

The President campaigned on a pledge to “implement an economy-wide cap-and-trade program to reduce greenhouse gas emissions 80 percent by 2050.” He needs to be held to this pledge.

Yesterday’s disappointing White House announcement on offshore drilling needs to be balanced by a strong climate bill. The House acted, now the Senate needs to deliver. We need to ensure the President receives a bill that includes science based emissions targets, preserves environmental protections and safeguards species. Contact your Senators today and ask them to pass the climate bill. You can send a letter to your Senator by going here and you can reach the United States Capitol switchboard at (202) 224-312