Meredith Graf, a ninth-grader at the Louise S. McGehee School in New Orleans, is being honored for creating the first place award for the annual Endangered Species Day Art Contest. The Louisiana State Legislature issued House Resolution No. 6 sponsored by Rep. Kirk Talbot, to “commend Meredith Graf for her outstanding achievements as a young Louisiana artist.”

“I am proud to be able to support Meredith and her work to protect the environment,” said Rep. Kirk Talbot. “It is wonderful to see someone so young with the talent, passion and dedication that she has.”

Last month, Jefferson Parish declared March 3rd Meredith Graf Day, “to recognize and honor Meredith Graf for her extraordinary talents and contributions to the artistic quality of life in Jefferson Parish and the State of Louisiana by naming a day in her honor.” In addition, the New Orleans City Council has issued a proclamation recognizing her for her work. 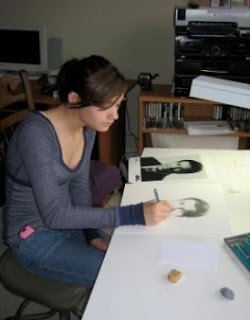 “I am so excited and deeply honored to have been chosen to create the award for the Endangered Species Day Art Contest,” Ms. Graf said. “America’s wildlife and wild places are a treasure that must be preserved for my generation and generations to come.”

The U.S. Fish and Wildlife Service, the Endangered Species Coalition, the Association of Zoos and Aquariums and the Ogden Museum of Southern Art/ University of New Orleans are organizing the art contest which is open to students in the U.S. and celebrates the extraordinary wildlife and wild places of the United States.

“Since this is a contest highlighting the work of students, we wanted the grand prize trophy to be done by a gifted student-artist,” said Leda Huta, Executive Director of the Endangered Species Coalition. “Meredith easily fits that bill. She is an exceptional artist, who works in a variety of media. And, we are proud to have her represent the ideals of preservation and conservation that are at the heart of the contest.”

Ms. Graf is an extraordinarily talented artist and has been honored many times. In 2004, she won first place in the Louisiana Junior Duck Stamp competition in the fourth through sixth grade division. She also painted an oil-on-canvas depiction of the Louisiana flag with then Representative Bobby Jindal’s name, title, and the parishes he represents. Rep. Jindal visited her school to accept the painting. To acknowledge his help to New Orleans after Katrina, Ms. Graf created a drawing of President George W. Bush’s hands. He wrote her a personal letter thanking her for her “thoughtfulness and creativity.” She has been invited to the White House in honor of her artwork. 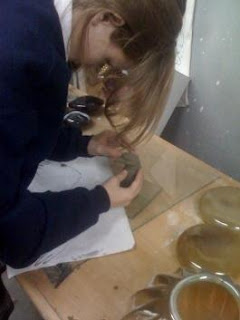 The award will be an eagle sculpture, with donated crystal, redwood, marble and granite. The winner’s name will be engraved on the trophy’s base, which will be displayed in Washington, DC. The contest’s winning artwork will be displayed at an exhibition at the Ogden Museum/ University of New Orleans in May, 2010.

To learn more about Endangered Species Day and the art contest, visit https://www.EndangeredSpeciesDay.org