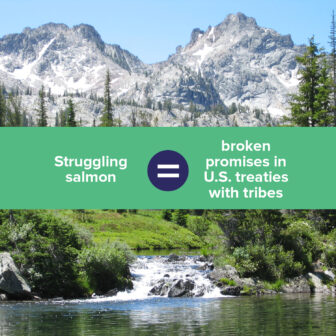 A phoenix is a long-lived bird from ancient Greek folklore that is born from the ashes of its predecessor. Similar to a phoenix, the Pacific Northwest has an opportunity to be reborn from the metaphorical ashes of the Snake River dams more vibrant and vivacious than ever before.

The four dams on the lower Snake River were once a necessary compromise to the then healthy river, supplying Washington state with a small amount of clean energy and allowing agricultural interests to ship their goods to port. However since their construction, the dams have harmed the cultural, spiritual, and economic strength of Pacific Northwest tribes by inundating their lands and decimating salmon populations. The dams contribute to the demise of Chinook salmon by blocking critical spawning habitat, and also impact the Southern Resident orca population that almost exclusively relies on them for nutrition. The dams disrupt an entire ecosystem and now it is time for the Snake River to rise like a phoenix from their ashes, a symbol of a bright and abundant future for the Pacific Northwest.

We currently have an opportunity to create a new phoenix for the Northwest by breaching the lower Snake River dams and from those “ashes” to reinvigorate salmon, orca, and the communities that rely on them. Currently, the Washington’s congressional delegation members of Congress are in positions of power, Congress has demonstrated a willingness to invest in solving large, systemic problems, and a Republican member of Congress has recently come out in support of dam breaching. This new political landscape opens up possibilities for orca and salmon.

On February 6th, Congressman Simpson (R-ID) introduced a new proposal. It addresses some pieces of orca and salmon restoration that we desperately need—such as dam breaching. But we must ensure that any final legislation does not undermine the very tools that we depend on to protect key species that define the Northwest.

Congressman Simpson’s proposal is not yet legislation; it is a framework that acknowledges that these dams are outdated and need to crumble in order to rebuild a 21st century Pacific Northwest with a free-flowing Snake River and updated, clean infrastructure. It is a recognition that Northwest salmon and Southern Resident orcas that are part of our regional culture, economy, and ecology will be unable to return from the brink of extinction if the four Lower Snake River dams remain in place. 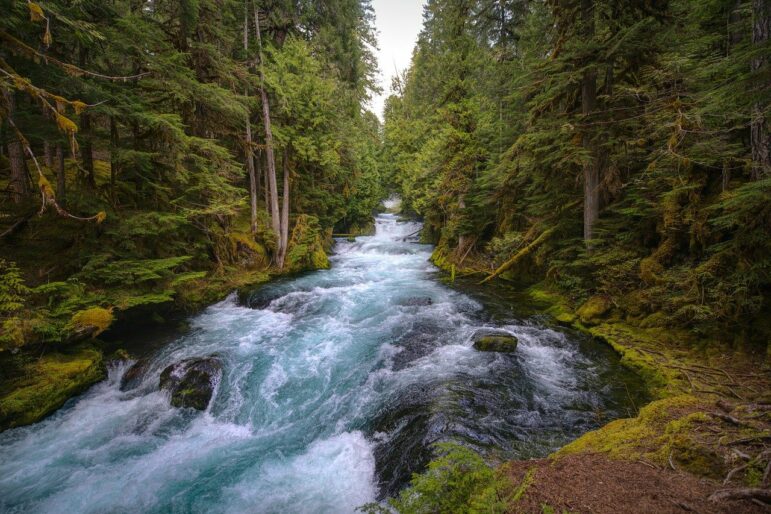 Dam removal is only a small fraction of the proposal. This framework will restore salmon habitat and create water quality projects from Montana to the west coast, remove four concrete impediments to salmon’s migration, and provide funding to remove other obsolete dams. This plan invests in Northwest transportation infrastructure and clean energy, ensuring a just transition and creating jobs. Funding for tourism, recreation and economic development in the Tri-Cities and Lewiston-Clarkston areas can bring new opportunities to the regions impacted by dam removal. Perhaps most importantly, the framework proposes Indigenous co-management of Northwest fisheries and provides funding for several projects of tribal importance.

Reactions from Columbia River tribes include this statement from Shannon Wheeler, Chairman of the Nez Perce Tribal Executive Committee, “we view restoring the lower Snake River—a living being to us, and one that is injured—as urgent and overdue… Restoring salmon and the lower Snake River can also reunite and strengthen regional communities and economies.” 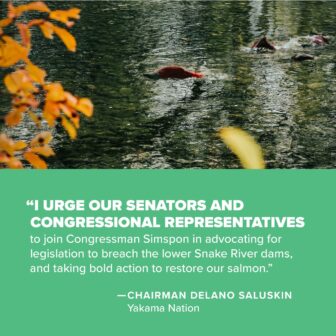 This proposal is a historic step towards protecting salmon, orca, and Northwest communities, but it is just one step. There are aspects of the framework from Rep. Simpson that are concerning. Exemptions to our bedrock environmental protections, such as the Clean Water Act and the Endangered Species Act—the very laws that allow us to fight for the recovery of salmon and orcas—are unacceptable. The framework also extends the licenses of other dams in the Columbia Basin for up to 50 years and places a 35 year moratorium on litigation relating to these dams and anadromous fish. Litigation is an important tool used to hold our government and regional interests accountable to our nation’s laws, so we cannot allow a 35-year freeze on an important tool. Finally, the timeline for dam removal is ten years. We know that orca and salmon are on the brink of extinction; we need to begin their recovery process as soon as possible. We know that negotiation is necessary, so we are committed to continuing the conversation and having difficult discussions with regional leaders and stakeholders.

Decades of regional roundtables and stakeholder discussions have set the stage—let’s flip the light and get this show going. Our Northwest congressional delegation is at its most powerful in a generation. Salmon are in crisis, the Southern Resident orca population has “only a few potentially reproductive females for the future,” and our nation has broken promises to tribes for too long.

We have a choice to create a new future or to remain in a cycle of poor salmon returns and uncertainty. The most important step we can take now is to secure the leadership of Washington and Oregon Congressional Representatives, especially Senators Patty Murray, Maria Cantwell, Jeff Merkley and Ron Wyden, in proposing a stronger solution that works for Orca, salmon and communities while ensuring that there are no impediments to the full recovery of these critically endangered species. We need bold leadership.