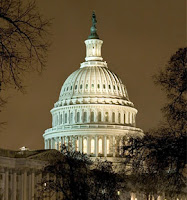 The House of Representatives is voting as early as TODAY on a Continuing Resolution (CR) bill that is intended to keep the federal government running for the remainder of the fiscal year.
Unfortunately, this bill is being exploited by some Members of the House as an opportunity to reward Big Oil, Big Coal and other corporate polluters at the expense of our nation’s wildlife and wilderness.
Among the more than 700 amendments to the bill, are provisions that would slash crucial programs that protect our wildlife and environment. If this massive bill passes as written, life-saving Endangered Species Act (ESA) protections for the nearly extinct Mexican gray wolf will be slashed, citizens will be inhibited from going to court to hold the government accountable for protecting wildlife, and critical funding for the listing and recovery of our nation’s most endangered species will be gutted.
Some of the anti-wildlife amendments in particular would:
These amendments are not about controlling the federal deficit. Many of the targeted programs are already paid for and do not come out of tax dollars. Further, many of these proposals would actually make our federal deficit worse in the long run by making it harder to protect imperiled species before they need Endangered Species Act listing and guaranteeing higher costs from air and water pollution.
We owe it to future generations to be responsible stewards of our nation’s rich natural resources. This bill does the opposite.  Please act NOW to tell Congress to vote no on CR1.