Just when vulnerable marine species sensed their watery habitat was (marginally) safe, they faced another danger:

On about October 1, the unsuspecting creatures also encountered an oil spill off the coast of Huntington Beach, California. A ship’s anchor had clipped an offshore rig’s underwater pipeline, and the rupture spewed petroleum that spread into a nearby sensitive wetland and along the coast. 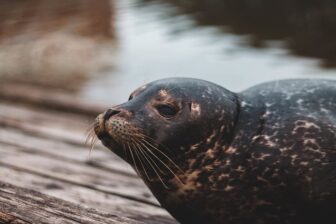 It’s premature to assess the short- and long-term damage. The Coast Guard initially estimated that 25,000 to 132,000 gallons of crude could ultimately infect the water. An alarming CNN headline announced that: An oil spill off the California coast destroyed a wildlife habitat and caused dead birds and fish to wash up on Huntington Beach, officials say

Marine biologists and other specialists, along with their dedicated volunteers, know first-hand how devastating these disasters can be. They are the ones who have rushed to previous spills to clean tar from struggling birds and observe decaying fish. It would seem that such haunting images should have a pronounced and lasting impact, leading to significant safeguards for our precious ocean habitat. Perhaps it takes many such incidents to result in meaningful change. According to NOAA, since a 1969 spill near Santa Barbara flushed 4.2 million gallons of oil into California waters, there have “only” (my word) been 44+ oil spills. Those “accidents” have pumped close to 420,000 gallons of oil into U.S. waters. Excuse the sarcasm.

Nevertheless, the latest oil rig-ship blunder will undoubtedly renew the debate on how to eliminate such tragedies. Curtail offshore oil rig operations altogether? Increase the fines and other penalties for offending polluters? Strengthen safety and maintenance guidelines? Improve training procedures?

Meanwhile, you and I can focus on how we can help ensure the safety of marine species. That includes assisting with clean-up efforts if requested. Voicing support of proposed legislation aimed at preventing another tragedy. Supporting organizations that are committed to enhanced biodiversity protection and endangered species conservation. Knowing that our everyday actions can make a difference.