Hot Under the Collar about Climate Change 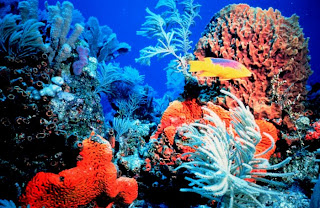 The debate about climate change is getting hot this summer as industry representatives launch a multi-million dollar effort to kill the bill, including manufacturing fake letters from community groups and generating outrage at town hall meetings this summer. Senators need to hear from people who support strong action on climate change more than ever.

The most shocking news is that the coal industry has forged letters from community groups opposing the climate change bill. According to Grist, the American Coalition for Clean Coal Electricity (ACCCE) created fraudulent letters urging members of Congress to vote against the House climate bill. Congressman Ed Markey (D-Mass.), chair of the Select Committee for Energy Independence and Global Warming, is launching a Congressional investigation into the fraud.

This month, members of Congress are home for the August recess and holding town halls across the country. Industry groups have planned an astroturf campaign against climate bill over August Congressional Recess. (Astroturf campaigns are fake grassroots organizing funded by special interests.) American Coalition for Clean Coal Electricity, the same group who funded the fake letters, is launching a $1 million campaign to generate outrage against the climate bill at town halls during the congressional recess. Peabody Energy, the world’s largest coal company, is also funding Newt Gingrich’s efforts to stop the climate bill.

The Endangered Species Coalition is urging the Senate to pass a strong climate bill that includes science based emissions targets, preserves environmental protections and safeguards species in a warming world.

Please send a letter to your Senator asking them to pass a strong climate bill now!

We don’t have much time left. We need to act now to stop climate change and protect our nation’s wildlife and wild places from its devastating impacts.

0 comments on “Hot Under the Collar about Climate Change”

PrevPreviousCall of the Pika
NextFlying Too High: Migratory Birds and Climate ChangeNext
Menu