Share on facebook
Share on pinterest
Share on twitter
Today, is Meredith Graf Day, recognizing this young artist’s work to create the first place trophy for the Endangered Species Day Art Contest. Meredith is helping to organize the Endangered Species Day Art Contest, which provides students with an opportunity to learn about endangered species and express their knowledge and support through artwork.
The City Council of New Orleans, Louisiana has issued a proclomation recognizing Ms. Graf’s work for the Endangered Species Day. Jefferson Parish (the county that includes New Orleans, Louisiana) has issued a proclamation declaring March 3, 2010 Meredith Graf Day to “to recognize and honor Meredith Graf for her extraordinary talents and contributions to the artistic quality of life in Jefferson Parish and the State of Louisiana by naming a day in her honor.”
Meredith Graf is a ninth grader at Louise S. McGehee School in New Orleans and the daughter of Mr. And Ms. Thomas Graf of River Ridge, Louisiana. 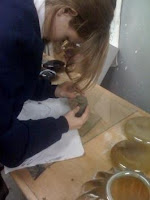 She is an extraordinarily gifted artist and has been honored many times. In 2004, she won first place in the Louisiana Junior Duck Stamp competition in the fourth through sixth grade division. She also painted an oil-on-canvas depiction of the Louisiana flag with then Representative Bobby Jindal’s name, title, and the parishes he represents. Rep. Jindal visited her school to accept the painting. To acknowledge his help to New Orleans after Katrina, Ms. Graf created a drawing of President George W. Bush’s hands. He wrote her a personal letter thanking her for her “thoughtfulness and creativity.” She has been invited to the White House in honor of her artwork.
Meredith’s other notable recognitions include being named one of Gambit newspaper’s Forty Under 40 award winners in 2006; receiving the Lt. Governor’s Proclamation for Artistic Achievement (Shining the Light on Louisiana) in 2007; taking Second Place in the Ronald McDonald House Charities Louisiana State Arts Contest in 2005; and receiving an Honorable Mention in the Federal Refuges State Arts Contest in 2003.
“I am so excited and deeply honored to have been chosen to create the award for the Endangered Species Day Art Contest,” Ms. Graf said. “America’s wildlife and wild places are a treasure that must be preserved for my generation and generations to come.”
The award will be an eagle sculpture, with donated crystal, redwood, marble and granite. The contest winner’s name will be engraved on the trophy’s base, which will be displayed in Washington, DC. The contest’s winning artwork will be displayed at an exhibition at the Ogden Museum/ University of New Orleans in May, 2010.
“Since this is a contest highlighting the work of students, we wanted the grand prize trophy to be done by a gifted student-artist,” said Leda Huta, Executive Director of the Endangered Species Coalition.  “Meredith easily fits that bill.  She is a gifted artist, who works in a variety of media. And, we are proud to have her represent the ideals of preservation and conservation that are at the heart of the contest.” 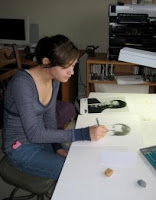