The American gray wolf once dominated the continent, but after hundreds of years of human occupation, the species has shrunk to a population of about 6,000. It was removed from the United States’ endangered species list in 2019, but activists and experts helped to restore its protection in a California court ruling shortly after.

Why did the gray wolf lose its endangered species status? Why does it still need Endangered Species Act protection today? Let’s answer these questions and clear the air about one of America’s top apex predators.

The gray wolf was on North America’s endangered species list for over 45 years. It was one of the Endangered Species Act’s original protected species, as excessive hunting, trapping and habitat loss nearly caused the animal to go extinct.

While the wolves got Endangered Species Act recognition, they did not receive any nationwide recovery plans from the United States Fish and Wildlife Service (USFWS). Instead, smaller-scale regional efforts have allowed the species to return to the Northern Rockies, Great Lakes and Cascadia in moderation. Once the wolves successfully repopulated the Great Lakes, the USFWS stripped them of Endangered Species Act protection in November 2020.

Conservation groups challenged the ruling and a judge restored protection in 44 states, but wolves remain targets of excessive killings across the U.S., whether they have protection in those states or not. In the Northern Rocky states of Montana and Idaho in particular, wolves are being persecuted in unprecedented ways. Idaho even allows wolf bounties and could kill 90 percent of the wolves in its borders. Here are the reasons why the gray wolf still needs full Endangered Species Act protection.

The Gray Wolf is Not Yet Safe

Federal officials argue that the gray wolf population has reached adequate recovery levels and can withstand hunting-related threats. While wolves have reached a safe number in parts of the Great Lakes region, their fate across the rest of the United States remains uncertain. 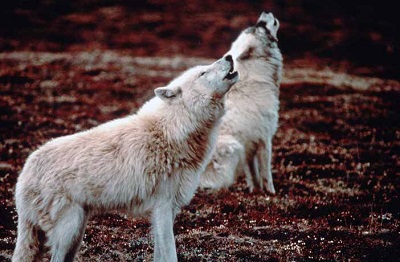 With management and protection plans left to the states, specific areas could become hotbeds for wolf killings. Wisconsin’s first wolf hunting season after delisting resulted in 218 dead wolves, which exceeded the hunt’s intended limit and took out 20% of the state’s wolf population in just two days.

In Montana and Idaho, nearly one thousand wolves have been killed in the last several months, including 25 from Yellowstone National Park.

Other recorded incidents include a wolf pack poisoning in Oregon and numerous instances of poaching wolves illegally have been recorded.. Based on these instances alone, one could argue that wolves are still in danger. But the evidence goes deeper than a few unfortunate killings.

Recovery involves more than population numbers. It also suggests that a species has room to grow and will play a key role in ecological activity for years to come. The gray wolf has yet to check the latter two boxes. It needs to regain its status as one of the continent’s top predators, not just for the species’ sake, but for the sake of America’s ecosystem.

Wolves play essential roles in balancing their environments, influencing forest compositions and the behavior of other species. For example, they largely impact the presence of moose in Canada’s vast forests, which in turn increases the forest’s density and carbon storage. Such climate patterns are vital to an area’s biodiversity.

The greatest concern about wolf repopulation is the negative effect on farmers’ livestock. While cows, sheep and other herd animals are undeniably prey for wolves, lethal efforts to stop them have impacted other species. Additionally, less than one percent of livestock loss is attributable to gray wolves.  Traps in particular have killed thousands of birds and other non-target species, harming the local ecosystem far more than intended.

A butterfly effect occurs when we kill apex predators. When wolf packs get broken down, females breed more spontaneously and the local population becomes scattered and ironically more difficult to monitor. In addition, other predators might notice the area’s vulnerability and relocate, causing further disruption to livestock and other prey animals.

On the contrary, if we allow wolf packs to prosper, they will help maintain the balance of their ecosystems by controlling other animal populations. Their behavior will also be more predictable, allowing scientists to study their growth and activity more closely.

Although wolves, in all but the Northern Rockies region, have regained endangered species status and received state protections with varying degrees of success, they need protection on a federal level to ensure their nationwide prosperity.

While the gray wolf population has returned to safe levels in parts of the Great Lakes, they are far from safe across the U.S. Ineffective lethal population control methods and disrupted biodiversity more than justify the wolf’s Endangered Species Act protection. Humans do not need to kill wolves to protect their land and animals. We have options. Gray wolves do not.

Speak out for Wolves