Victory for Bull Trout and Science 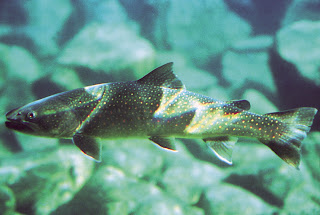 This week the U.S. Fish and Wildlife Service announced that it would revisit critical habitat protections put in place for Bull trout by the Bush administration. This decision was in response to a lawsuit by environmental groups asserting the Bush Administration had illegally made cuts in the amount of Bull trout habitat protected under the designation. The Bush administration had reduced by 80 percent the amount of critical habitat proposed for protection by agency scientists.

The is only the latest in the saga of Julie MacDonald, a former Deputy Asst. Secretary at Interior who resigned in 2007 after an internal investigation found that she “bullied” scientists within her own agency and improperly interfered with their recommendations for protections in more than a dozen endangered species decisions. The investigation also found that Ms. MacDonald improperly provided internal department information to industry lobbyists.

Ms. MacDonald’s fingerprints were also on the Bull trout. In 2007, the Endangered Species Coalition organized a scientist fly-in. I and the other field organizers found a handful of scientists from around the country who were willing to fly to Washington and tell members of Congress and their staff what they knew about the lack of scientific integrity at Interior.

I enlisted the help of John Young, a man who had recently retired from a 30-year career as a federal biologist, and was the former Bull trout recovery coordinator for the USFWS. John was initially reluctant to go to D.C. because during previous trips to the nation’s capitol, he felt that members of Congress seemed disinterested during meetings with him and other constituents. In the end, I was able to convince John to come anyway.

While in DC, Young and I visited with Congressional offices on both sides of the capitol. Young spoke about how Ms. MacDonald—in spite of objections raised by USFWS staff—directed the exclusion from critical habitat of all reservoirs, without any analysis of the operations plans of individual reservoirs or the effect of those plans on survival and recovery of bull trout. According to Young, Ms. MacDonald may have also been involved in the burying a 5-year status review and recovery plan for the threatened salmonid as well.

DOI interference in Bull trout protection and recovery may have been even broader than just MacDonald’s influence. In 2004, the Missoulian reported that the economic benefits of Bull trout recovery mysteriously disappeared from the final analysis prepared for the critical habitat designation.

I am pleased to hear that the new Department of Interior, led by former Senator Ken Salazar, is finally revisiting the tainted bull trout decision. This is a good start. But there is more work to do, including at least a dozen other endangered species decisions in which science was pushed aside for political purposes. After the last eight years of Bush-Cheney malfeasance, it will take time to clean up the mess they left at Interior and give imperiled wildlife the protections they deserve.

Support Derek’s work to protect bull trout, gray wolves, lynx and other endangered species in the west by donating to the Endangered Organizer Fund. https://bit.ly/Wy45s
Derek can not continue to protect wildlife and wild places and advocate for scientific integrity without our support. Please adopt Derek today! https://bit.ly/Wy45s