Today is Blog Action Day (#powerofwe on Twitter) and the Endangered Species Coalition is honored to once again be a part. We are very excited that the day gives an opportunity for a conversation about the potential for positive change when we come together, or The Power of We. 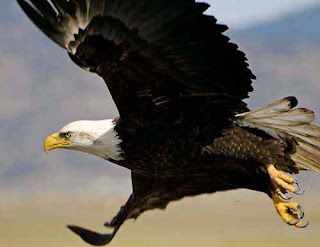 One of the most important tools in worldwide species protection is the U.S. Endangered Species Act. It represents America’s commitment to saving our plants, fish, and animals from extinction before it’s too late.  It was created and passed on a bipartisan basis nearly four decades ago and has proven itself an invaluable piece of forward-thinking legislation.

A recent article in Science Magazine examined the question of what species were receiving protections as a result of public action as opposed to being designated by the Fish and Wildlife Service. It found that not only is public input beneficial, but it’s absolutely needed:

Contrary to criticisms of citizen involvement in the ESA, petitions and litigation are potentially very important in selecting species worthy of protection. In many cases, outside groups could serve as the only impetus for protection of biologically threatened taxa that would otherwise be ignored because they conflict with development projects and related political pressures or because they are low-profile subspecies.

The Endangered Species Act is an amazing and uniquely successful law. It has helped to prevent treasured species like bald eagles, California condors, whooping cranes, and gray wolves from disappearing from our landscape forever. But it’s only able to continue to fill that crucial role with help from the public. Citizen and nongovernmental input is at the heart of what makes the Endangered Species Act the vital tool it has become four decades after its inception.