The Endangered Species Act in a New Administration 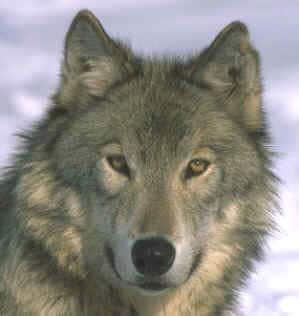 The Endangered Species Act in 2021

The Trump Administration has rolled back more than 130 environmental safeguards, including those intended to protect wildlife. We are now in a biodiversity extinction crisis, but we did not get into this state in just the past four years, it was decades in the making.

The Endangered Species Act (ESA) has not been a priority to any Administration or Congress, unless to harm it. Every Administration and Congress has been willing to trade ESA, and wildlife protections, away. President Obama did more to protect the environment then President Trump, yet he weakened ESA protections, enforcement and implementation, destroyed wildlife habitat for profit and failed to help some highly endangered species. As we move forward with the new Biden-Harris Administration we must ensure history does not repeat itself.

The sixth mass extinction of wildlife is accelerating and scientists warn it may be a tipping point for the collapse of civilization.

President Obama nominated a very moderate Secretary of Interior. Salazar’s voting record while in Congress was weak in the arenas most important to a Secretary of the Interior: protecting scientific integrity, combating global warming, reforming energy development and protecting endangered species.

Wolves: The Obama administration issued a rule that would delist wolves across the United States in 2013.

Grizzly Bears in the Northern Rockies: The Obama Administration tried to delist the Yellowstone grizzly bear population, only to have the courts reverse the decision and reinstate ESA protections.

Oil and Gas: After the Deepwater Horizon Gulf of Mexico oil spill, Obama’s Department of Interior (DOI) did not ban seismic testing and oil and gas drilling in the Arctic ocean and off the Atlantic Coast until shortly before the 2016 election.

Obama signed legislation in 2015 ending the decades-old ban on crude oil exports creating an economic incentive to “drill baby drill”. Oil production doubled between 2009 and 2016 and the administration aggressively pursued the XL pipeline. 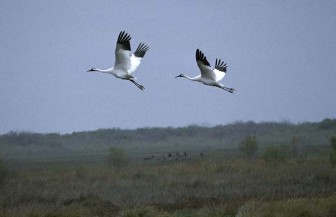 The Obama Administration created a regulation that put hundreds of endangered plants and animals at greater risk of extinction by dramatically reducing protections for their designated critical habitat.

The administration issued a policy that allows the FWS to exclude areas from critical habitat based on, in many cases, vague promises from landowners to conserve habitat.

The administration enacted a policy that drastically limits which species get protection in the first place by changing the “significant portion of range” provision.

The 4(d) rule was created to provide the USFWS with flexibility to protect threatened species. However, it has been exploited and used as a loophole to weaken or not protect species at all. The Center for Biological Diversity found that the Obama Administration used this detrimental loophole more than any other Administration.

THE TRUMP ADMINISTRATION AND ESA

CONCERNS REGARDING THE BIDEN ADMINISTRATION

With Democrats in control of the House, Senate and White House we could do much to protect wildlife. However, every vote would be very close, requiring every Democrat, in both the House and the Senate. With a 50-50 split in the Senate, Vice-President Harris will have to break ties. In the House, the Democrats have only a four member lead to get to the all important 218 to pass a bill.

We will need to push moderates hard and grassroots action will be crucial. We will also have to work with Republicans for any legislation that requires cloture, or sixty votes to pass, and bi-partisan legislation is always stronger.

We will have less fear of harmful bills passing into law, however we will have to watch for provisions that may be added here and there to “must-pass” legislation. We will have to push and work moderate Democratic Senators, and educate new Senators, so they do not cut deals and set damaging precedents. 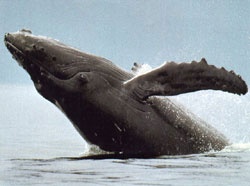 MOVING FORWARD WITH THE BIDEN-HARRIS ADMINISTRATION

Now that we understand the recent past, and what the previous administrations did to wildlife and the ESA, we move forward and ensure the Biden-Harris Administration does better. In addition to the great legislation, we might pass in Congress, we have the potential to do great things for imperiled wildlife with the Biden Administration.

President Obama filled his cabinet with moderates and conservatives that were not helpful for wildlife. So far, some of President-Elect Biden’s nominations have given us hope, including Deb Haaland as Secretary of Interior, Michael Regan as EPA Administrator, and Gina McCarthy and John Kerry working on climate change.

We do have concerns about some others but we will watch as the nomination hearings progress and will weigh in throughout the process on behalf of wildlife and plants for our members and supporters.

In 2021, we must, as a coalition, not get intoxicated by access or be seduced by leadership using words, like “science” and “biodiversity” and “environmental justice”. We must look at their actions and push them hard to keep their promises.

2 comments on “The Endangered Species Act in a New Administration”