Restoring Our Rivers: an evening of education, action, and inspiration

Merriam-Webster defines “restore” as “give back, return.” After this past year, I think it’s fair to say there is a long list of actions we are all looking forward to being restored: enjoying our social lives, hugging our family and friends, abiding by democratic norms, and traveling the world. In mid-December, more than 100 residents of the Pacific Northwest learned why we should all add one more item to our list of restorations: the Snake River.

The Endangered Species Coalition hosted a virtual webinar, “Restoring Our Rivers”, to convey what the restoration of the Snake River – which would be the largest river restoration in the world – could mean for Pacific Northwest communities. People across the state of Washington, but particularly the Spokane region, flooded onto their computer screens to hear from our guest speakers: Trudi Timperman, a Spokane native college student who is now an activist on the Endangered Species Coalition’s volunteer team, the Snake River Savers; London Fletcher, a 13 year old researcher who started her own non-profit – the Aquatic Research Conservancy – and has spent the last 6 years advocating for the protection of the Southern Resident orcas; and Julian Matthews, co-founder of Nimiipuu Protecting the Environment who exercises his treaty right to fish and gather and is committed to making sure the treaty rights the Nez Perce enjoy today can be utilized by future generations. 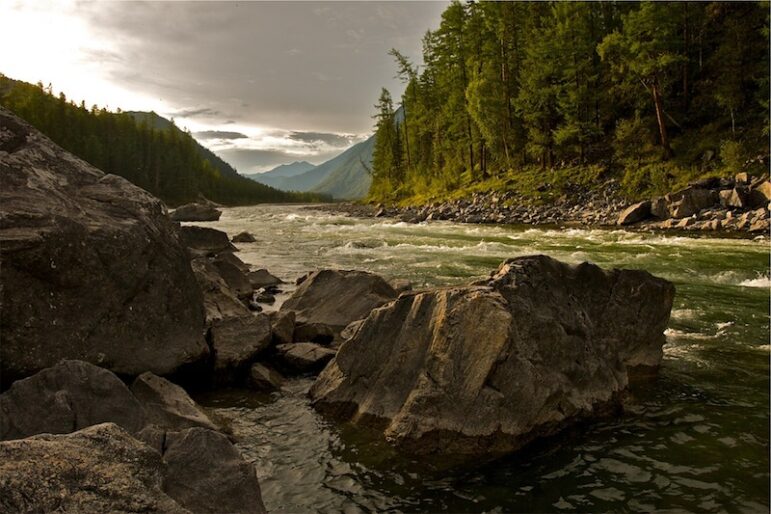 Trudi, a senior at the University of Portland, speaks of the joys of growing up near a free-flowing river in her hometown of Spokane, WA. “Free rushing waters and rivers have always felt like home to me,” said Trudi. “No one wants to see their home mistreated.” The Snake River, home to salmon and tribal nations such as the Nez Perce Tribe,  has been abused since the mid 1900s when four dams were constructed by the United States, a colonizing nation of immigrants that invaded the homes of tribal nations. Julian Matthews, enrolled member of the Nez Perce, talks about the treaty of 1855, which was signed by the United States and sovereign, native nations of the Nez Perce. “We retained hunting and gathering rights,” explains Julian – rights that have not been upheld. Ancestral lands are inundated by today’s reservoirs and salmon populations continue to decline. “The salmon are so critical to us – we use them in a lot of ceremonies,” Julian continues, “It’s part of our culture, so this is really an issue of taking away part of our culture.”

Before the four dams on the lower Snake River were constructed, the Snake contributed an estimated one million salmon to the Columbia Basin, ample fish for tribal nations, commercial fishing, and anglers. London aptly explains the demise of salmon populations: “Chinook salmon have been at an estimated 10% of historic numbers recently”. Each dam pools water behind it, creating reservoirs that slow the journey of juvenile salmon to the ocean. Reservoirs force vulnerable smolts to expend more energy swimming and open them up to increased predation and warmer waters, which can be deadly. “They [juvenile salmon] are supposed to be able to float to the ocean,” explains Julian, “That process is waylaid by the reservoirs . . . it’s really difficult for them to make it to the ocean.”

Humans aren’t the only species that rely on salmon. The iconic Southern Resident orcas – part of the Pacific Northwest culture and economy – are almost solely salmon eaters. “80% of the Southern Resident Killer Whale’s diet is chinook salmon,” says London. Just 74 of these majestic animals are left in our waters, and almost 7 out of 10 pregnancies end in miscarriage. They desperately need more salmon if they are to raise their calves and recover dwindling population numbers.

Finally, London wrapped up the evening by explaining why the Snake River dams are “a major waste of our taxpayer money.” The four dams require more than a billion dollars in upgrades and “every year, millions are spent on financing of dam & lock operations and maintenance.” Scientists like London have said for years that breaching the four dams on the lower Snake River is the single most impactful action we can take to recover Columbia Basin salmon and Southern Resident orca populations.

So why haven’t we breached these dams? “The main reason that we can’t breach these dams right now is politics and money,” London clarifies.

With a new administration, both houses of Congress controlled by one party, and renewed energy across the region for a free flowing Snake River, 2021 can be the year Pacific Northwesterners, like you, rewrite the story and undertake the largest river restoration the world has ever witnessed. But, as Trudi notes, “Making a difference starts at the local level.” Before Congress or the Biden administration are involved, the politicians that represent our region need to hear from Pacific Northwesterners that restoring the Snake River must be a priority in 2021. Julian sums it up perfectly: “It comes down to: who’s going to do something about it?”

If you want to do something about it, please join forces with Trudi, Julian, London, and the 100 webinar attendees: call your member of Congress today and ask that they support the breaching of four dams and restoration of the Snake River.

0 comments on “Restoring Our Rivers: an evening of education, action, and inspiration”