RELEASE: Minnesota Senate votes to keep a required wolf hunt in bill by one vote

(St. Paul, Minn.) – Today the Minnesota State Senate took up its omnibus Environment Finance bill, Senate File 959, which contained new language that directs the Minnesota Department of Natural Resources and requires (“must have”) an open season (hunt) of wolves. Senator Melisa Franzen (DFL-49) offered an amendment to strike that language. The amendment failed by one vote (33-34), despite also being opposed by the Minnesota DNR. Current language in Minnesota statute indicates the DNR “may” have a wolf season. The bill will now move to a conference committee with the Minnesota House of Representatives. 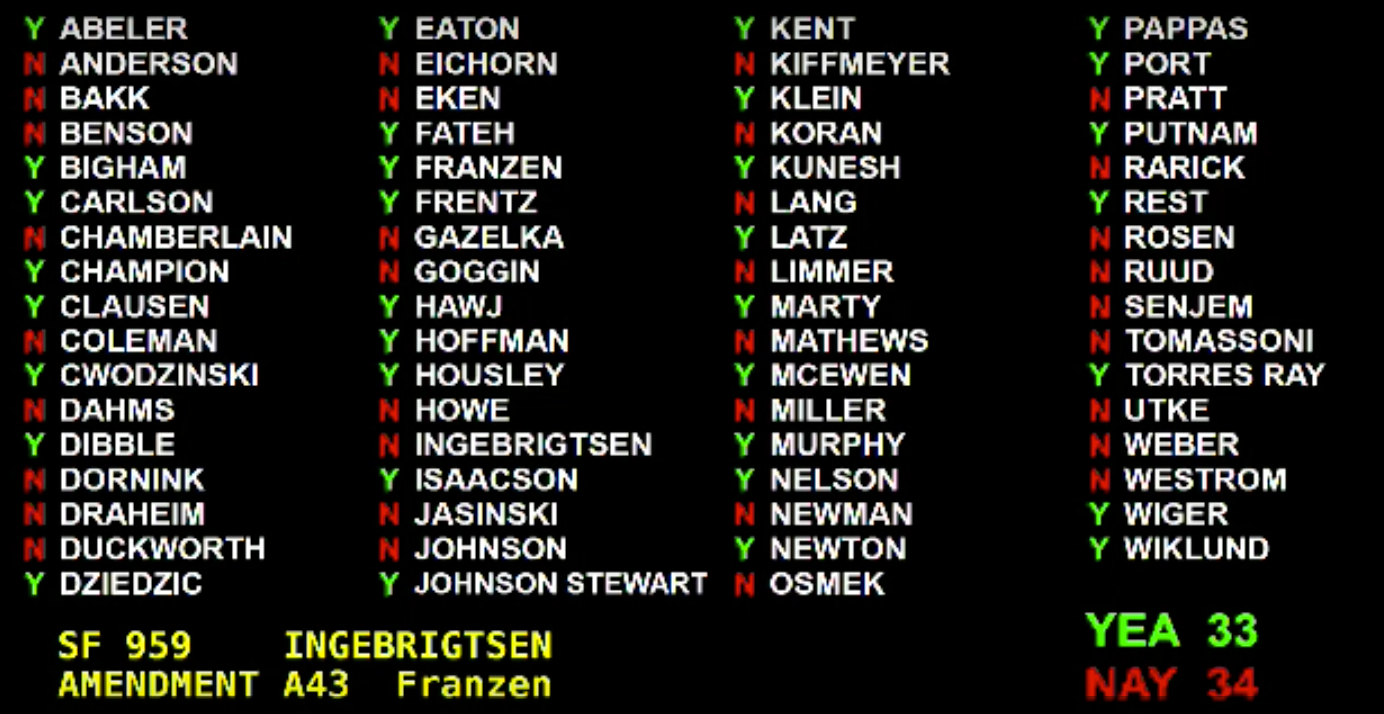 “There is a false belief that wolf killing is controllable and that the effects are predictable. Yet government agencies cannot control the majority of wolf killing. With legal wolf killing comes additional illegal wolf killing. This was proven in a study of the critically endangered Mexican wolf. Even with federal protections, when Mexican gray wolves were removed from the wild or allowed to be killed in response to allegations of livestock predation, more illegal killing occurred.  The untold truth is that wolves are quietly killed all the time, and no one is the wiser.  How many can we kill? How many can’t we kill? One thing is for sure: with public hunting and other legal killing comes empowerment for unleashed illegal killing.

“We need nonlethal plans that can prevent conflicts with livestock. We need to leave wolves undisturbed to function as social packs. As apex predators, they have the social and biological structure to control their own pack sizes and numbers. Though there has been talk of an “abundance“ of wolves in Minnesota, our wolf packs’ are the smallest size ever measured at just over three wolves per pack.”

Howling For Wolves educates the public about the wild wolf to foster tolerance and to ensure the wolf’s long-term survival. Howling For Wolves opposes wolf hunting and trapping and all wildlife snaring. We advocate for nonlethal prevention methods that reduce wolf-livestock conflicts and support current federal protections for the wolf. www.HowlingForWolves.org.

3 comments on “RELEASE: Minnesota Senate votes to keep a required wolf hunt in bill by one vote”