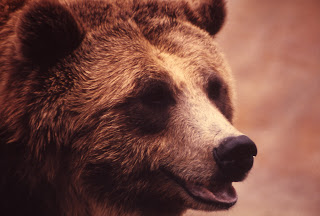 The town of Porthill, Idaho lies along the Kootenai River, about 20 miles north of Bonners Ferry. Porthill is about as close you can get to Canada without actually crossing the border. It is also the home of Jeremy Hill, a man who shot a two-year old grizzly bear on his property last May. Mr. Hill claimed to have shot the bear after it and two others went after one of his pigs in his yard. Mr. Hill reported that he grabbed his gun when he saw the bears and realized that his children were outside the house playing in the yard.

The Endangered Species Act has provisions that allow an exception to its probation on lethal “take” of listed species in the case of self-defense, and the facts and testimony in the Jeremy Hill certainly make a self-defense claim seem plausible. However, on August 8, the U.S. Fish and Wildlife Service, after investigating the incident, decided to file charges against Mr. Hill. He was facing a year in jail and/or a fine of up to $50,000.
The Idaho Panhandle has long been a hotbed of radical, anti-government sentiment, and predictably, folks in the region rallied to Mr. Hill’s defense, and quickly propelled the husband and father of six into a cause-célèbre  for the anti-Endangered Species Act types (and the anti-federal government movement, generally). Also predictably, long-time ESA foes like Idaho Governor Butch Otter got into the act, using Mr. Hill’s unfortunate situation to push his agenda. Subsequently, the government agreed to drop its charges in exchange for Mr. Hill agreeing to a fine of $1,000.
Although the government dropped charges against Mr. Hill in early September, the political grandstanding escalated again last week when all four members of Idaho’s Congressional delegation, citing the Hill incident, introduced legislation to amend the Endangered Species Act to clarify that people have  right to self-defense.
Now here is where things get interesting. The ink was barely dry on the Senators’ press release (which noted that their bill would make a “drastic improvement” over current ESA law), when a savvy reporter at the Spokane Spokesman-Review looked up the Act, and discovered that the self-defense language proposed by the bill sponsors ALREADY EXISTED, ALMOST VERBATIM in current Endangered Species Act statute. Here is her analysis. Apparently some politicians were so quick to seize upon an opportunity to bash the Endangered Species Act that they forgot to actually read it first!
In fact, the Endangered Species Act is very flexible and (the few times it happens) the U.S. Fish & Wildlife Service routinely gives folks who have shot a grizzly bear the benefit of the doubt on self-defense claims.  I have no idea what facts and evidence the Service uncovered in its investigation, but why – out of all the dozen or so dubious grizzly bear shootings that occur each year in the Northern Rockies – the government decided to file charges in this case is a mystery to me.

One Comment on Idaho Congressional Delegation Jumps the Gun on Grizzlies