NPCC News: Biden Administration Starts to Bring Science and Law Back to Government 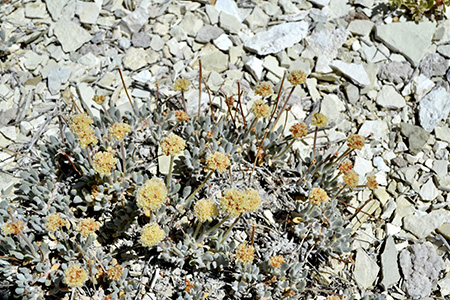 Endangered Species Act.
This action is the latest in a broad initiative to reverse the Trump Administration’s attacks on science and environmental law.
The Endangered Species Act plan follows Executive Order 13990, which directed all federal agencies to review and address agency actions during the last four years that conflict with Biden-Harris administration objectives, such as addressing climate change. Native Plant Society of the United States (formerly Native Plant Conservation Campaign) partners the Endangered Species Coalition welcomed the announcement:
“Today’s announcement is a victory for imperiled species, their habitat, and the conservation community and comes at a critical time. We are in an extinction crisis—scientists estimate one million species of plants and animals could become threatened with extinction, leading to devastating impacts on humans globally. The Endangered Species Act is a crucial tool to combat species extinction.” Said Executive Director Leda Huta.
In recent weeks the administration has also begun to allow more imperiled species to receive protection under the Endangered Species Act, including Tiehm’s Buckwheat, an extremely rare Nevada endemic that had been threatened by plans to mine its habitat.
Other Biden administration actions on science and the environment include a proposed investment of $250 billion in research. This investment would focus on rural communities and communities of color, among other priorities.
The administration has also formed a Task Force to document instances where the Trump administration distorted or repressed science in government decisionmaking.
Track the Biden administrations actions on science and the environment at the Washington Post.
Photo: Eriogonum tiehmii (Tiehm’s buckwheat) © Sarah Kulpa USFWS
*The Native Plant Conservation Campaign is changing our name to the Native Plant Society of the United States.*
This name better reflects the nature of the organization.

Our mission remains the same.

[email protected]plantsocieties.org
#SavePlantsSaveThePlanet
The mission of the Native Plant Conservation Campaign is to promote the conservation of native plants and their habitats through collaboration, research, education, and advocacy.
Sign up for NPCC News!       Like us on Facebook!         Donate!
Please forward this message to any interested individuals or organizations.

0 comments on “NPCC News: Biden Administration Starts to Bring Science and Law Back to Government”