As recent headlines attest, President Obama’s administration is a 180 from what we have seen in the past eight years. For endangered species that is a good thing.

Immediately upon taking office, Obama stopped any Bush rules, not yet

finalized, from going forward. The memo from Obama’s Chief of Staff, Rahm Emanuel, was a saving grace for the Gray Wolf, which was on its way to being delisted by Bush (after being stopped twice already by the courts). Unfortunately, it is too late for one of the worst rules issued by the Bush administration–removing mandatory oversight of the Fish and Wildlife Service biologists on federal projects to ensure that they don’t harm endangered species.

However, Obama’s Secretary of Interior, Ken Salazar promises to review this midnight regulation. Salazar is somewhat of an unknown on endangered species policies. But in his first 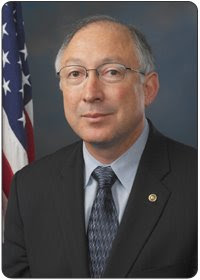 meeting with his employees–gathered in the department’s auditorium and in offices across the country–he promised to lead the department with ‘”openness in decision-making, high ethical standards and respect to scientific integrity.” That alone would make a tremendous difference for endangered species decisions. His statement that the department has “been painted unfairly on the backs of career employees because of actions by political appointees … and that era is now changing and it starts today,” was met with loud applause from his employees.

We’re hopeful that those who care for wildlife will have reason to cheer Salazar soon also.