Getting Protection for Monarchs Under the Endangered Species Act

Animals can’t protect themselves against human activities harming their environment or destroying their species. It’s up to everyone to become more mindful of animals needing help — especially monarch butterflies. 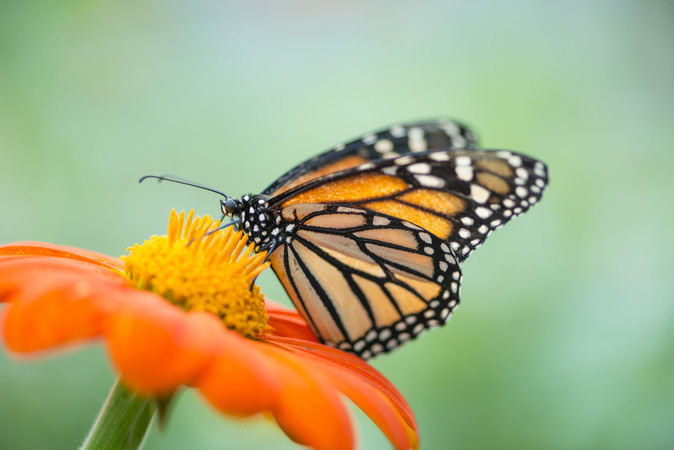 This article explains everything you need to know about getting protection for monarchs under the Endangered Species Act (ESA). After learning where they currently stand and what else humans can do for their species, you’ll know more about the fight to bring their species back from the brink of extinction.

What Is the ESA?

Everyone who wants to learn about conservation or help conservation efforts should read about the ESA. The Endangered Species Act became law in 1973 and falls under the responsibilities of the U.S. Environmental Protection Agency and NOAA.

The ESA initiated a program that enforced more research regarding the effects of actions taken by the U.S. Fish and Wildlife Service (FWS) and the U.S. National Oceanic and Atmospheric Administration Fisheries Service. The increased regulation ensured the services wouldn’t harm threatened or endangered species, as indicated on the FWS’s list.

Why Are Monarchs Endangered?

When you picture endangered animals, monarch butterflies might not be the first thing that comes to mind. However, several factors impact the Monarch decline such as:

Widespread use of pesticides combined with new construction developments and a warming climate has reduced the monarch population by 85% over the past two decades. Finding new ways to treat pests is one solution, but it may not happen fast enough to save the monarch species.

Human exploitation of land destroys natural habitats and causes displacement, forcing monarchs into untenable environments. This also causes the degradation of land and ecosystems due to losing their pollinators. Becoming part of the FWS’ endangered species list puts the power of the federal government behind enforcement strategies to dramatically reduce activities directly harming monarchs.

How to Get Monarchs ESA Protection

Although monarch butterflies are recognized as an endangered species by the IUCN Red List, they don’t have the complete protection they could have under the ESA. Read on to learn where they stand and what more they need to survive.

What Protection Do They Have Now?

The Center for Biological Diversity petitioned for monarch ESA inclusion in 2014, but the species is yet to be protected despite the USFWS finding that it was at risk in defining it in a category that recognizes the need for listing but does not extend safeguards.

The category defines monarch protection as warranted but precluded. This means the species is in danger of extinction, but others are a higher priority on the list. Until the monarch population shrinks even more, they will remain a candidate species for complete protection. The federal government’s focus and enforcement will remain on other animals and insects for now.

How Can They Receive Protection?

There’s still hope for monarchs, even if the situation seems grim. The FWS reviews endangered species annually and adjusts their prioritized efforts as needed. There’s also a more in-depth review every five years. Because the monarchs last received consideration in 2019 before receiving minor protection in 2020, the next time they’re due for an in-depth study is 2024.

In the meantime, monarchs need the added efforts of non-profit and privately owned conservation programs alongside any federal regulations. As everyone works together to inform the public about how human activities affect monarch butterflies, more monarchs can thrive and potentially make it off the endangered species list.

Protect Monarchs Under the ESA

Getting protection for monarchs under the ESA isn’t impossible, but the USFWS needs to act. The current status requires additional help from conservation groups unaffiliated with the federal government.

When more people learn about what’s harming butterflies — like pesticides and environmental destruction — public awareness could become invaluable protection for monarchs and all living things relying on them.