Beau of the Fifth Column talks about wolves, Wisconsin, and tough guys

Is killing a wolf the "pinnacle of tough guy?" 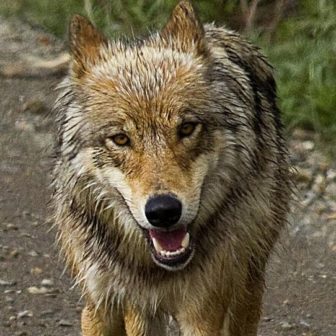 Well-known vlogger Beau of the Fifth Column took on the question of what is actually attained when hunters or trappers kill a wolf. Spoiler alert: Beau says killing a wolf does not make you a tough guy.

Beau observes that, “You aren’t on foot carrying a flint lock anymore, in a wild and untamed area. You are on four-wheelers, using drones and advanced equipment.”

He calls attention to a recent University of Wisconsin study showing that the state’s recent wolf hunt permitted the killing of a staggering one-third of the wolves in its borders.

We agree with Beau: killing a wolf doesn’t prove anything other than your willingness to use advanced equipment to take the life of a persecuted creature that the state has shown itself unable to manage in a way that ensures its presence for generations to come.

As importantly, we share his perspective that gray wolves have not yet recovered. In Beau’s words, “We had not crossed the finish line yet,” when wolves were stripped of Endangered Species Act protections by the Trump Administration.

What happened in Wisconsin and is happening now in the Northern Rocky Mountains, shows the critical need for the Biden Administration to act to protect wolves.

Watch the whole video and then take action.

1 comment on “Beau of the Fifth Column talks about wolves, Wisconsin, and tough guys”