This post is a guest post by Caribbean Conservation Corporation. It is a part of our occasional series by Endangered Species Coalition Member Organizations. 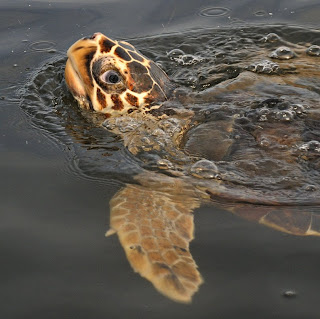 Caribbean Conservation Corporation (CCC), the world’s oldest sea turtle research and protection group, applauded an announcement in March by the U.S. Fish and Wildlife Service and NOAA Fisheries Service to designate Northwest Atlantic loggerhead turtles as Endangered. This proposed change in status from Threatened to Endangered recognizes the plight of rapidly declining American loggerheads, which nest on beaches from North Carolina to Texas and until 1998 were an Endangered Species Act success story. Florida accounts for over 90% of loggerhead nesting in the United States. Protection provided by the Endangered Species Act and implementation of regulations requiring Turtle Excluder Devices in shrimp nets to prevent the drowning of entrapped turtles contributed to encouraging nesting increases from 1986 to 1998. Since that time, however, nesting throughout Florida has declined by over 40%. Nesting populations also are declining in the other states for which long-term information is available. 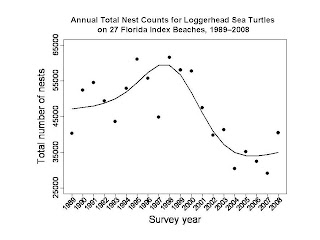 Loggerheads face numerous threats onshore where they nest and at sea, but accidental capture, injury and death in commercial fisheries is perhaps the greatest peril to their survival today. CCC and other conservation groups repeatedly have sounded the alarm about declining numbers of loggerheads. In January, concern about the species was elevated when loggerheads were ominously absent among sea turtles rescued from record cold waters in Florida. Over 4,000 juvenile sea turtles were affected by prolonged freezing temperatures. Unlike previous cold-stun events, when a near even mix of green turtles and loggerheads were impacted, almost all of the turtles found this year were green turtles. The absence of loggerheads among the massive number of turtles rescued raises concerns that juvenile loggerheads, as well as nesting adults, are in decline. 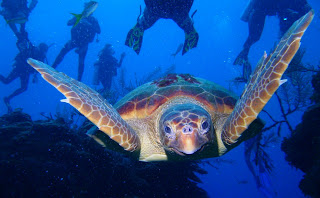 The Services propose to list seven distinct loggerhead populations as Endangered, including those in the Mediterranean Sea, North Indian Ocean, North Pacific, Northeast Atlantic, Northwest Atlantic, South Pacific and Southeast Indo-Pacific Ocean. Because it is the world’s second largest remaining assemblage of loggerheads, however, saving Northwest Atlantic loggerheads is critical to the global survival of this species.

The CCC and other conservation groups agree that this proposal to provide greater protection to loggerhead turtles is long overdue.

Loggerheads spend many years in the open ocean before settling into near-shore habitats; the varied loggerhead diet of soft invertebrates and hard-shelled animals puts the species more at risk from fisheries than any other species of sea turtle. Overwhelming evidence points to accidental capture in fishing lines, hooks, nets and dredges as the main culprit in these declines. International fleets capture, injure and kill tens of thousands of loggerheads on the high seas every year. In U.S. waters, the National Marine Fisheries Service (NMFS) has allowed our fisheries to kill thousands of large and small loggerheads rather than adequately regulate fishing.

Much of what has been accomplished over the last three decades for this species could be lost if NMFS does not implement serious fisheries policy changes soon. From its base in Florida, CCC has worked for decades to protect loggerheads and the habitats on which they depend. The organization has championed the protection of critical nesting sites and promoted sensible coastal development policies to ensure sea turtles and people can coexist on Florida’s beaches. The State of Florida, through its Marine Turtle Protection Act, and many coastal governments have enacted strong laws and regulations to protect sea turtles. And a strong network of volunteer turtle groups around Florida and in most states where turtles nest have been working for years to monitor and protect this species. Despite these combined efforts, loggerheads are slipping closer toward extinction. Clearly, much more needs to be done to protect loggerhead sea turtles in Florida, the United States, and throughout the world.

CCC believes that despite the proposed new endangered status for this species, loggerheads can still be saved if U.S. efforts are appropriately focused. For starters, the National Marine Fisheries Service should take immediate steps to loggerhead capture in fisheries.

CCC will use all means at its disposal to reverse the decline of the loggerhead, which more than any other species is America’s flagship sea turtle species. The organization’s 50-year-long green turtle recovery program in Costa Rica has helped bring about a 500% increase in nesting of this species. We know how to achieve the same results for loggerheads, if the U.S. and other governments have the will. For more information about loggerhead turtles and efforts to protect them, visit www.cccturtle.org.