Six months after BP’s Deepwater Horizon oil rig exploded, unleashing a violent leak that would take months to cap, the crisis continues for wildlife in the Gulf. 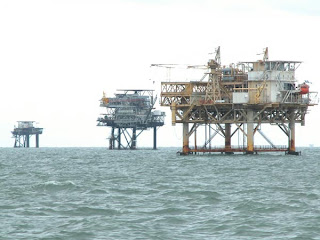 As of October 14th, the most recent published update, 6104 birds, 605 sea turtles and 97 mammals have been found dead as a result of the nearly 200 million gallons of oil displaced into Gulf waters. Tragically, these estimates are unknowably low as recovery efforts were limited by regulations preventing greater NGO access to oiled wildlife.

The clean up continues in the Gulf, with some 500,000 miles of shoreline still having oil visible and many more with oil buried beneath the surface. Dispersants such as Corexit, the chemicals used to allow oil to sink, may have prevented greater amounts from washing ashore but have never been used on that scale and have their own toxicity issues.

The full scope of the disaster and it’s effects on the region’s wildlife won’t be known for years. Millions of gallons of oil remain both ashore and floating at various depths within the sea, causing species that rely on that habitat to interact with the toxic mix.

There is however, hope for recovery. Operations to relocate sea turtle eggs to safer nesting areas were somewhat successful and over a thousand birds have been released, in some cases following extensive rehabilitation.  Efforts are ongoing by organizations working in the region to dissuade migratory birds from entering oiled areas through the use of annoyance devices in areas still unsafe due to oil and the construction of alternate habitat.

Politically, the response has been largely disappointing. The moratorium on new offshore oil drilling put in place following the blowout was prematurely lifted earlier this month with no new attempts to enact wildlife or environmental protections and Congressional efforts to respond to the crisis have stalled. Revised regulatory measures to allow greater search and recovery access to non governmental organizations met with resistance, likely resulting in needless loss.

The Endangered Species Coalition will continue to vigorously advocate for full Endangered Species Act compliance and the enactment of policies that would allow qualified organizations and wildlife recovery experts to assist in future spill events.

You can find out more about impacted species and take action to help them at oilspillwildlife.org.