In this “International Year of Biodiversity,” we need to recommit our attention and action on saving life on planet Earth. With all of us naturally drawn to the continually unfolding disaster of the BP Oil Spill, an important assessment of how the world is doing on protecting wildlife slipped under the radar screen for most of us.

The United Nations recently released report, the Global Biodiversity Outlook 3 that updates us on the state of wildlife across the planet. In 2002, world leaders came together and set goals for themselves in reducing the rate of loss of our tremendous biological resources. This Global Biodiversity Outlook is an assessment of how far we’ve come in meeting those goals. In scientific speak, none of the countries “met their targets.” 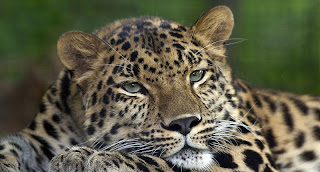 What does that mean? Basically, we have failed wildlife and equally frightening, we have failed ourselves. As the Executive Director of the United Nations Environment Programme, Achim Steiner, put it, “Without biodiversity there would be no life on the planet Earth. And biodiversity is dependent on species…” According to the report, if we do not take action soon to change this trend, we are putting in jeopardy “the livelihoods and food security of hundreds of millions of people.”

According to the report, endangered species are on average moving closer to extinction across the globe. Amphibians–the proverbial canaries in a coal mine, because they depend on clean air, water and land–face the greatest risk. Meanwhile corals are deteriorating most rapidly as a group. Plants–the bedrocks of our ecosystems–are equally in danger, with nearly one quarter now threatened with extinction.

Around the world, endangered species are only growing more rare. And, even the United States with its endangered species program, doesn’t have a great track record in the international arena. For instance, the United States has still not ratified the Convention on Biological Diversity. The Convention on Biological Diversity is an international treaty “to sustain the diversity of life on Earth.” To do so, the signatories have three objectives: the conservation of biological diversity, the sustainable use of the components of biological diversity and the fair and equitable sharing of the benefits arising out of the utilization of genetic resources. Virtually every country has ratified to the treaty. But, in addition to Andorra and the Holy See, the United States has not.

The tenth meeting of the Conference of the Parties–the governing body of the Convention will take place in Japan in October 2010 (COP 10). Given the lack of success at the recent climate change summit and the virtual shut out of U.S. proposals to strengthen protections for endangered species under the Convention on International Trade in Endangered Species of Wild Fauna and Flora (CITES), there is certainly reason for concern for COP 10. And, Industry groups are gearing up for the meeting. Those factors don’t bode well for endangered species.

The United States also falls short in protecting endangered species from our investments and installations overseas. In the past, United States activities overseas needed to be analyzed for their impacts to endangered species. But, in the days of President Reagan, these regulations were overturned, and have yet to be reinstated. So, while we make investments in protecting migrating species here at home, we may be killing them with our activities overseas.

The news from the Global Biodiversity Outlook 3 is sobering. Combine that with the disaster of the BP oil spill and 2010 has gotten off to an incredibly rocky start for endangered wildlife. There is still some time to change course–by ratifying the Convention on Biological Diversity, by strengthening protections for endangered species at the COP 10, and by reinstating regulations to protect endangered wildlife in our overseas operations. That may sound like a tall order until we remember Achim Steiner’s words, “Without biodiversity there would be no life on the planet earth.”