Reflecting on benefits after 40 years of Endangered Species Act 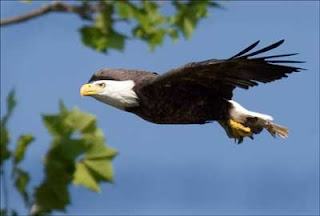 At the discovery of our nation it was important to immigrants and native people to have an abundant fish and wildlife population upon which everyone depended for survival. Wild turkey, fish and many other types of wildlife allowed immigrants to get a foothold on the new continent. Lewis and Clark were dispatched by President Thomas Jefferson to explore the new Louisiana Territory and reported back the great diversity and abundance of wildlife in America’s heartland and West. Our history rests on the great diversity of fish, wildlife and birds this great land provided, and it continues to be a point of pride for most Americans.

As America became a more industrialized nation, our dependence on wildlife diminished, and we moved to farm and domesticated animals. As we grew in population and industry, our impact on wildlife became one of encroachment rather than dependence. Our actions began to drive many of America’s beloved and iconic wildlife toward extinction. Examples are the passenger pigeon, the American buffalo and bald eagle.

In 1973 two congressmen, Pete McCloskey, R-Calif., and John Dingell, D-Mich., introduced legislation that for the first time said we would do all we must to keep American wildlife from going extinct. Additionally, we must act to restore endangered animals to self-sustaining levels. A part of the law designates land needed for survival or critical habitat – a place such animals can call home. This was the first time that a conscious decision to protect wildlife would be backed by a federal law. After near-unanimous support in Congress, President Richard Nixon signed the Endangered Species Act into law.

2013 is the 40th anniversary of the Endangered Species Act. Here in California we have the second-longest list of threatened and endangered species in the United States. Our state has many success stories since 1973 – the California gray whale, southern sea otter, bald eagle, California condor, least tern, peninsula desert bighorn sheep and many others. At times protecting our wildlife heritage can be costly and inconvenient, but the Endangered Species Act makes us think before we act. Will the impacts of our actions result in extinction? If the answer is yes, we have to find other ways of acting.

It is an American value to respect and protect our outdoor heritage and its inhabitants. Most citizens are willing to go the extra mile to make sure all of God’s creatures have a place to live. Beautiful art, lifesaving medicines, vibrant color schemes, new visions in architecture and hundreds of new creations are traceable to nature and its creatures. The vibrant color in the hummingbird, the colorful spots in the California tiger salamander, the majestic flight of the bald eagle: all are part of California and America.

As Nixon acknowledged when signing the Endangered Species Act into law, “Nothing is more priceless and more worthy of preservation than the rich array of animal life with which our country has been blessed. It is a many-faceted treasure, of value to scholars, scientists and nature lovers alike, and it forms a vital part of the heritage we all share as Americans. I congratulate the 93rd Congress for taking this important step toward protecting a heritage which we hold in trust to countless future generations of our fellow citizens. Their lives will be richer, and America will be more beautiful in the years ahead, thanks to the measure that I have the pleasure of signing into law today.”

It is time to reflect on how we all love our state with its vibrant and diverse wildlife and open spaces. We should be proud of the Endangered Species Act and the protections it provides so we can pass this wildlife heritage on to our children and grandchildren. Let’s celebrate our collective wisdom for having a law that protects all God’s creatures, and helps to preserve a living environment that sustains us all.

Dr. Mark Rockwell is a retired chiropractor, former California fly-fishing guide and outdoor enthusiast. He has worked for the Endangered Species Coalition since 2005 as the California organizer and coordinator.

This piece was originally published in the Sacramento Bee.