The HSUS is known as an anti-cruelty organization, and many assume that our primary concern is domesticated species. But we also work hard to protect wild animals from a variety of threats, and our work on that front is wide-ranging. 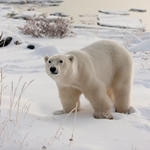 This year marks the 40th anniversary of the Endangered Species Act – one of a raft of visionary animal protection and conservation laws passed in the late 1960s and early 1970s that collectively signified a new approach and commitment to nature and to wild animals. Today we celebrate Endangered Species Day, a reminder that we humans have all the power in our relationship with wildlife and that we must take intentional actions to protect species from a variety of human-caused threats. The ecologist Aldo Leopold explained that the first rule of intelligent tinkering is to save all the parts. Here are some of the ways thatwe fight for rare species:

0 comments on “HSUS: A Leader in Endangered Species Protection”