Wolves are emblematic of the wilderness. In 2023, Colorado will reintroduce this iconic species to the state – after more than eighty years without the presence of wolves in local ecosystems. The approaching reintroduction of wolves is happening as a result of voter approval of the 2020 ballot initiative Proposition 114.

To learn more about Colorado’s wolf reintroduction and receive current updates and progress on returning wolves to Colorado, you can check out Colorado Parks and Wildlife’s Wolf Management page.

To bring awareness and celebrate this amazing conservation achievement, the Endangered Species Coalition will be collaborating on multiple events and projects focused on celebrating the wolf during the month of June. During this celebration we are focusing on connecting arts and culture with conservation as a way to educate and reach as broad a group as possible.

Below are upcoming events happening in the Denver area. Check them out! 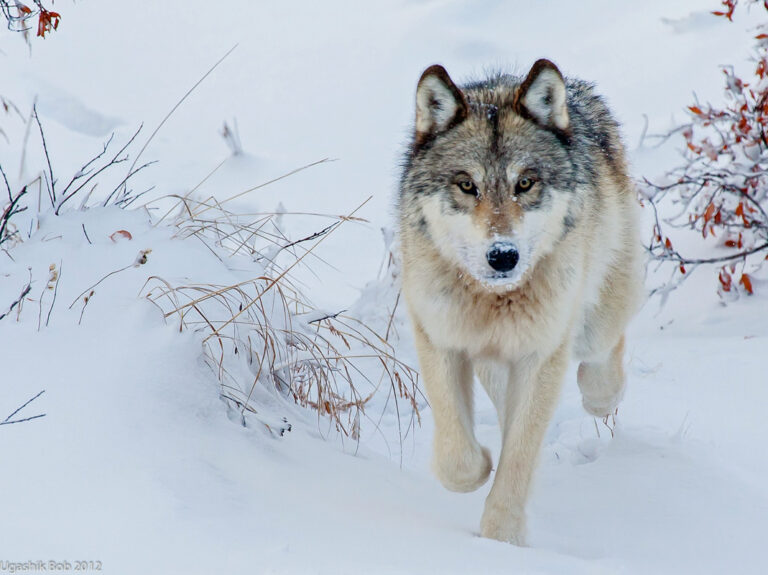 Wolf Murals in the RiNo District – All of June

During the entire month of June, ESC is partnering with the RiNo Mural Program to create three different wolf murals in the RiNo District of downtown Denver. These three murals will be located and created by the following artists:

We are excited to have these amazing artists create pieces celebrating the wolf and hope that you get a chance to stop by their mural during June!

The artists will also be participating in a mural dedication ceremony and arts panel on June 18, 2022. More details further down the page!

Wolf Passport Program - All of June

During the entire month of June, ESC is partnering with local breweries in the downtown Denver area to put on a wolf-themed passport program!

Find a physical passport at one of the participating partners and jump around to the different locations to get a wolf beer, koozie, drink deal, and more!

Travel to 4 of the 5 locations and get a stamp at each one to be entered to win prizes from Patagonia Denver and the Wolf & Wildlife Center!

Get 4 different locations stamped in order to be entered for a chance to win the following prizes!

*All prizes can be switch for gender/size/color at the Denver Patagonia store depending on the winner. 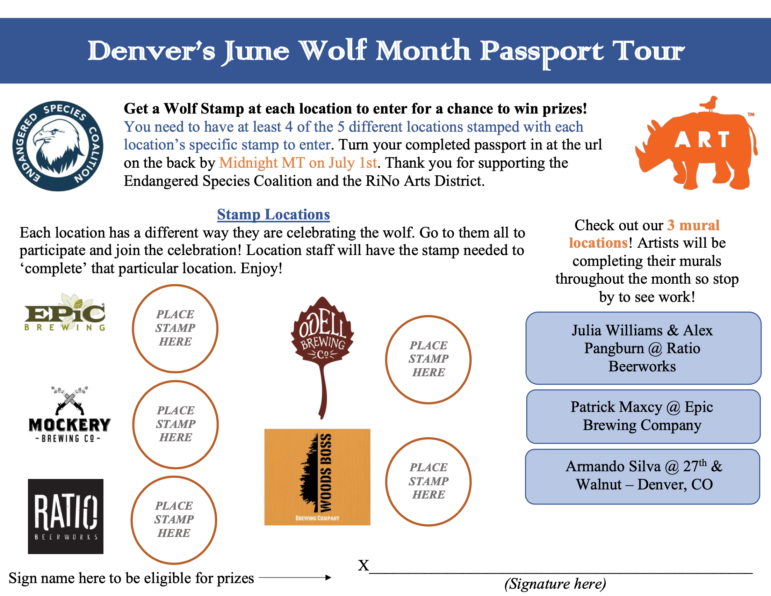 Check out our special wolf gallery in Odell Brewing Company

To continue the celebration of arts and conservation –  five Colorado-based artists will be hanging their wolf inspired pieces up at Odell Brewing Company’s location on Larimer. The artists presenting pieces include:

Denver Clocktower Animation & Call to Artists - All of June

During the entire month of June a speciality created animation produced by Edd Carr and Gabriel Rolim will be projected onto the Denver Clocktower. This animation’s theme is centered around Colorado’s reintroduction of wolves. Make sure to check out the clocktower and enjoy the animation piece.

Wolf Tales celebrates and honors the return of wolves, through creative exploration of the relationship between wolves and humans. 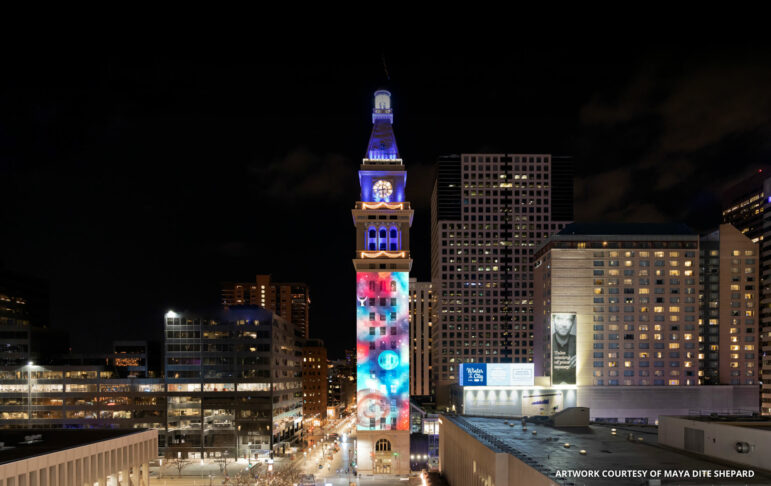 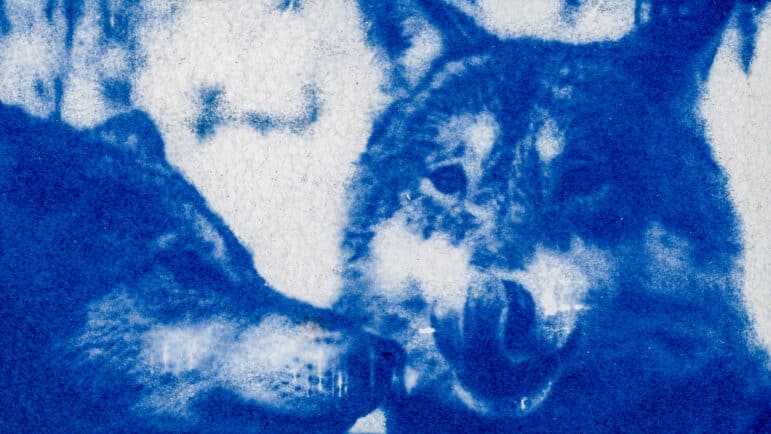 Join the Endangered Species Coalition, WildEarth Guardians, and Rocky Mountain Wild, for an educational panel at Patagonia’s Denver location! Hear from a great group of experts on the most recent updates with CO’s wolf reintroduction, learn about how you can get involved, and get your questions answered!

Food, drinks, and live music will be provided free of charge!

Learn More About Our Panelists

John Murtaugh – Rockies and Plains Representative with Defenders of Wildlife

How to Get to Patagonia's Denver Store

To celebrate and commemorate the amazing murals that our partner artist’s will be creating, we will be having a mural dedication ceremony/panel with all of the mural artists on June 18th in the RiNo district. Come by to hear each artists talk about their mural, discuss the connection that art and conservation has, and share their views on how environmental art can help make change in our communities.

Free drinks will be provided by Ratio Beerworks!

To sign-up for this event please got to the Rino Art District’s Eventbrite page by clicking the button below.

To end the month of celebration with a bang, ESC is partnering with the local Colorado band, Lost Walks – who as part of the Denver Fringe Festival, will be performing their newest production, “Blood Lantern” which dives into the implications of wolf reintroduction and conservation.

Ticketing: To get your tickets click the button below! Tickets REQUIRED.

get your lost walks tickets here!!

Lost Walks is a project rooted in music, movement, collaboration, and conservation. Partnering with wildlife organizations, the band works to raise awareness, empathy, and action toward protecting wolves and returning them to Colorado.

Lost Walks’ debut album, “Wolf, Woman, Man,”( 2016) tells the story of a couple who moves to a mountain region and ultimately faces challenges from the elements, each other and a lone, injured wolf.

The newest production “Blood Lantern” is a narrative prequel to “Wolf, Woman, Man.” While musically more complex, lyrically, “Blood Lantern” dives deeper into the true implications of wolf reintroduction/conservation. It involves topics like trophic cascade, chronic wasting disease, and the horrific extermination of wolves. “Blood Lantern’s” website unveils songs in acts and scientific data supplied by ecologists working within the field.
Live performances also include film projection, but most notably stand out with a team of dancers, whose choreography enhances and informs the band’s unfurling narrative. 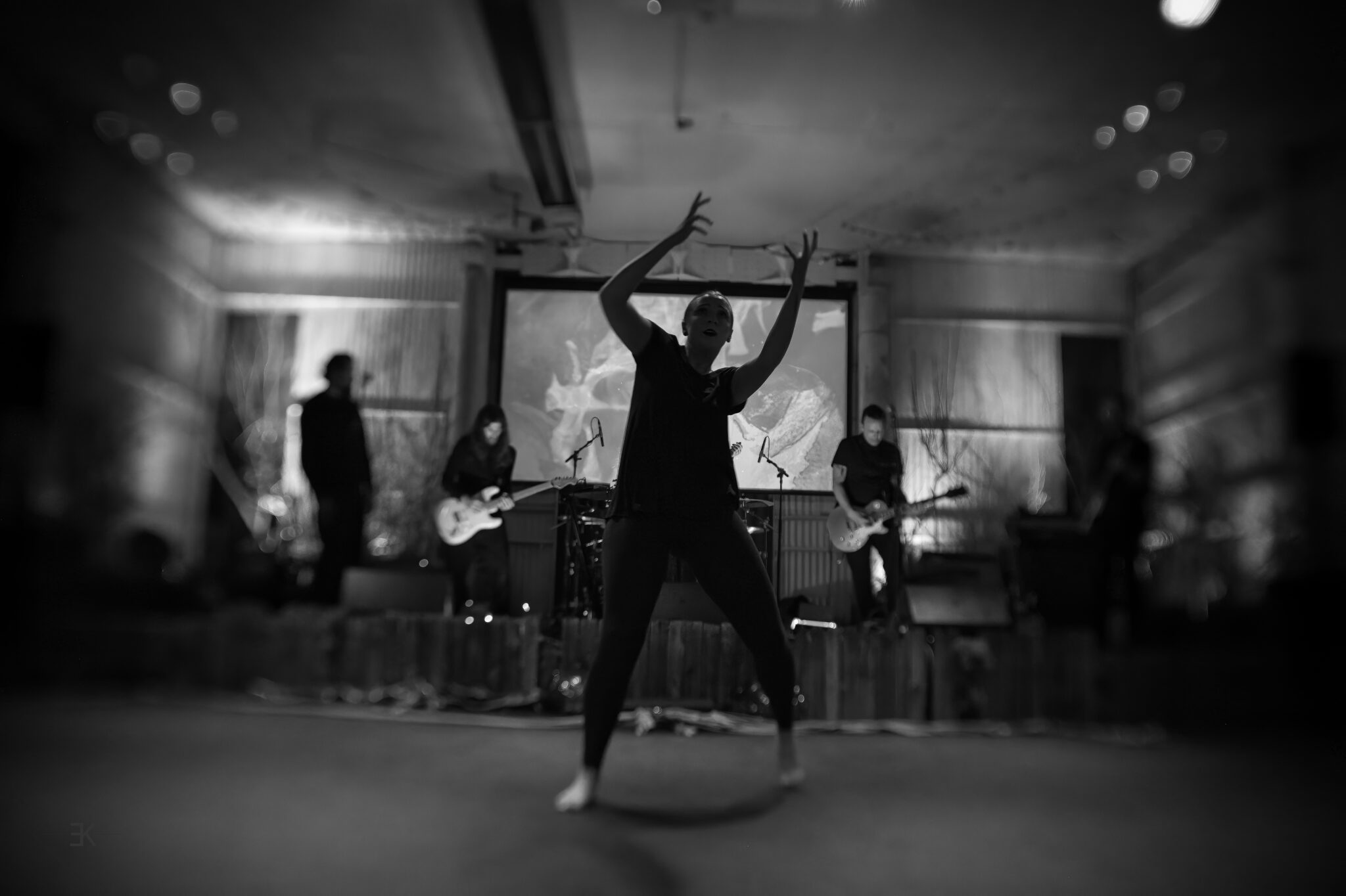 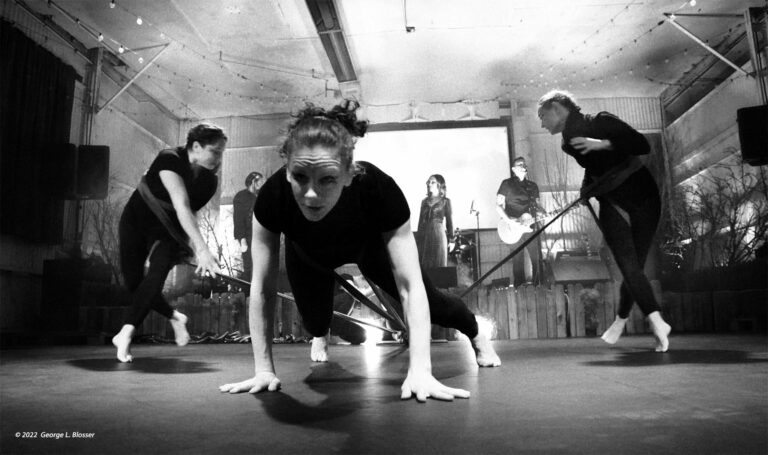